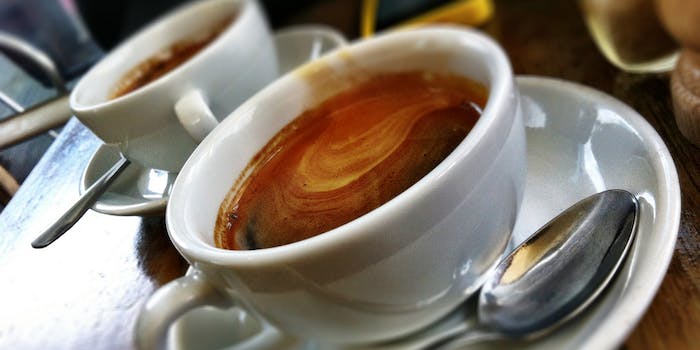 The caffeine is waking up your brain even if you don't notice it.

What actually happens when we consume coffee is vastly different than what we think happens, and there’s the science to prove it.

The folks over at AsapSCIENCE break down the chemical buildup of “the world’s favorite drug.” Even if you don’t feel any effects after drinking it, the caffeine is hard at work replacing receptors that slowly shut your brain down, effectively keeping you awake. It also boosts your adrenaline, but the more often you drink it, the more you’ll need to maintain that same buzz.

Of course, like many other drugs, when you give it up or forget to have your morning cup of joe, the withdrawal isn’t pretty.

If you were contemplating that second cup of coffee right about now, drink up! After all, you’re just refilling your adenosine receptors.

Photo via Katherine Lim/Flickr (CC BY 2.0)