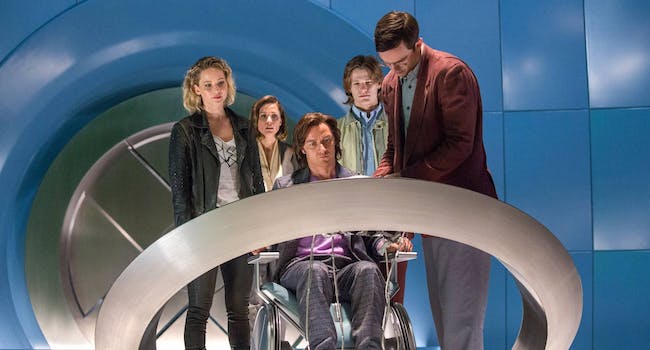 The X-Men franchise is moving into 'expanded universe' territory.

Legion, the first live-action X-Men TV series, will make its debut on FX next month. But if you want to see an expanded X-Men universe like the Marvel Studios franchise, you’ll have to wait another year or so.

A second X-Men TV series is currently in pre-production at Fox, focusing on a human couple who discover that their children have mutant powers. This throws them into the political conflict at the heart of the X-Men narrative, and the family ends up joining an underground network of mutant activists. According to showrunner Matt Nix (Burn Notice), the story will tie into the movie franchise—unlike Legion, which is a standalone story.

Speaking to the Hollywood Reporter, Nix explained that the show won’t have a specific place in the convoluted X-Men movie timeline. Instead, “it exists in the same general universe,” with nods to the films.

Hollywood Reporter reports that Nix’s X-Men show is getting close to filming a pilot episode, so we won’t see a full series until 2018 at the earliest.