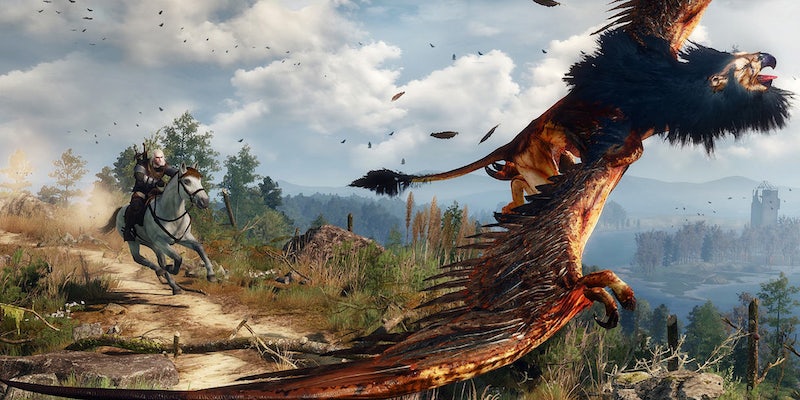 Reviewers are heaping praise on the epic fantasy role-playing game.

Developer CD Projekt Red pushed back the release of The Witcher III: Wild Hunt to take more time on development and get the game right. It sounds like the studio’s efforts paid off.

The Witcher III won’t be released until May 19, but the review embargo lifted today, and enthusiast outlets given early access to the game are universally positive in their praise. The early reviews were based on PlayStation 4 copies of the game, with the definitive PC version (the Witcher series is built to push high-end gaming rigs) still unavailable for review.

GameSpot awarded The Witcher III a perfect score. Eurogamer referred to The Witcher III as “a masterpiece of world-building,” even though its write-up is only a first-impressions piece with a full review to follow in the immediate future. Kotaku called the story “remarkably dense and far-reaching,” and all three outlets have noted the immense size and impressive detail of The Witcher III’s open world.

Reviews are also noting how gory the game is, how the combat difficulty has been reduced and the combat systems made more player-friendly compared to The Witcher 2, and the comparatively high amount of sexual content. That latter bit should come as no surprise to anyone who’s paid attention to the pre-release marketing, or Conan O’Brien’s review of the game.

That reviews for The Witcher III are overwhelmingly positive is no surprise. Typically a video game publisher holds back review copies until as close to release day as possible, if the publisher expects negative reviews and doesn’t want to sour the market prior to release. Conversely, early embargo lifts signify confidence in the game.

The Witcher III: Wild Hunt will be released on May 19 for PC, PlayStation 4, and Xbox One.