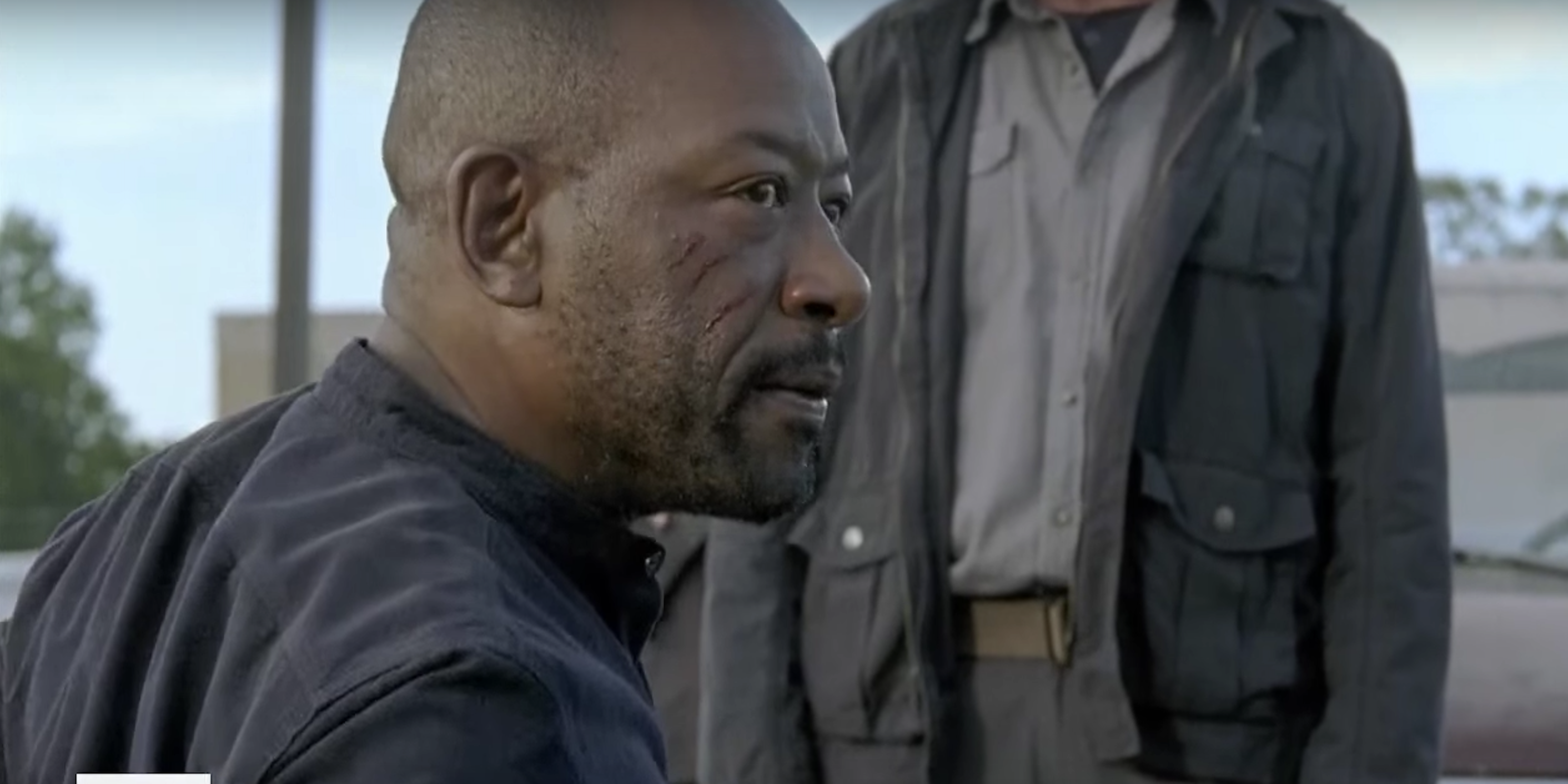 A long-theorized comeback finally happens on ‘The Walking Dead’

One more senseless death was the last straw.

Warning: This article contains spoilers for The Walking Dead episode “Bury Me Here.”

For the longest time, Morgan and Carol were pacifists. They rejected killing, embracing a more peaceful, monk-like existence while surrounded by death in the zombie apocalypse. That peace-loving streak ended on Sunday night’s episode of The Walking Dead.

It took the death of a side character and the revelation of what happened at Alexandria for two of The Walking Dead’s most apathetic characters to finally find something worth fighting for.

When Rick met Morgan again in the season three episode “Clear,” Morgan’s state of mind had vastly deteriorated. It took several seasons for Morgan to get back on track. However, in that time he had rejected the idea of killing anyone. It became a frustrating arc for the character, whose refusal to kill in a post-apocalyptic world became less and less sensible as the show went on.

It seems most viewers on Twitter happily embraced the return of the old Morgan—something that had been expected for a long while.

Morgan’s turn was predicted, but it does come off as somewhat undercooked. What finally unravels Morgan is the unexpected death of Benjamin when King Ezekiel and the Kingdom are short one cantaloupe during their supply pickup for the Saviors. Richard was the one who sabotaged the operation, but it is Benjamin who ultimately pays the price.

We could all use a little crazy right now. #Morgan #Benjamin #TheWalkingDead

It feels like a bit of a stretch that the loss of Benjamin would finally revert Morgan back to his older, more murderous self. Perhaps if it was Carol who died it would make sense. The writers want to get across that Benjamin was a surrogate son for Morgan, but that was never fully developed. It feels, if anything, like a plot device to get Morgan on the warpath.

Carol, meanwhile, has better reason to leave her quiet home in the woods.

Carol's back, back again…… #TheWalkingDead

When Carol said it's time to Fight the saviors!! #TheWalkingDead pic.twitter.com/V1BrR2NNkr

After Morgan has a mental breakdown, he confides in Carol and tells her the truth Daryl kept from her. This awakens a renewed sense of purpose in Carol, who goes to Ezekiel finally ready to join the fight. When confronted with the reality of joining Rick, Ezekiel admits “I know”.

Now, all of this could have been avoided had Ezekiel joined Rick in the beginning. For some reason, The Walking Dead meandered through all of these set-ups, even though it is clear what they are setting up.

It was only a matter of time before Morgan embraced his old self again. Carol was going to find out the truth eventually. It is nice to see these characters ready to be proactive again, but it feels like too much sidestepping to get to where they should have been episodes ago.

Also, a lot could have been avoided if the Kingdom just did this:

As The Walking Dead winds down for the season, you can expect Ezekiel to join forces with Rick and Jadis resulting in a lot of death and bloodshed. On this show, that goes without saying. It just would’ve been nice, and more entertaining, if there were a bit more surprises along the way.