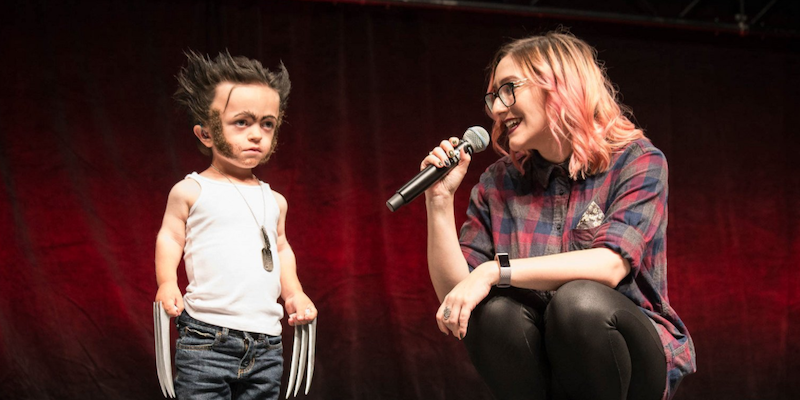 This tiny Wolverine is melting our hearts

Nice cosplay you got there, bub.

We’ve seen plenty of amazing Wolverine cosplays over the years, including this dude, who went the extra mile to make the X-Men character’s claws fully retractable. Now prepare to meet the tiniest—and most intense—Wolverine we’ve ever seen.

Writer and author of The Fangirl’s Guide to the Galaxy Sam Maggs shared a photo of this little Logan on her Twitter account on Monday morning, setting off a day-long love fest.

all other cosplay is cancelled pic.twitter.com/z7NmtY0IJl

It’s not just that this little cosplayer has the right outfit, perfectly shaped hair, and a cool set of claws. His strong stance and intense expression perfectly mimic the grumpy-but-beloved X-Men hero.

look at his face … he in the zooooone

Longtime Wolverine actor Hugh Jackman retired from playing the character earlier this year after his bittersweet final appearance in Logan. At that point, it seemed impossible for 20th Century Fox to fill the role. But, thanks to this kid, there’s hope the next Wolverine is just waiting to grow into his claws.