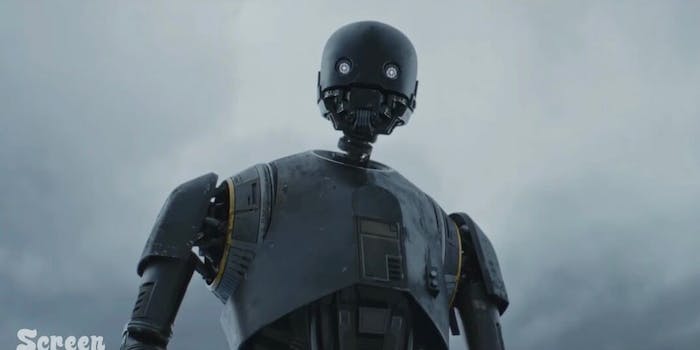 Rogue One is a stunning film that hooks fans in with its new characters and reveals the answer to a question first introduced nearly 40 years ago. It’s also, as Screen Junkies argues in its latest Honest Trailer, really expensive fanfiction.

It essentially fills in an original trilogy plot hole, shows the limits of astounding CGI—Tarkin still looks off to some viewers—and reveals the depths of inner-Empire conflict as men argue over credit for the Death Star. Although it’s not a film we necessarily needed, don’t get too attached to anyone.

At least we’ve got that incredible Darth Vader confrontation, but it makes his fight with Obi-Wan Kenobi that much more lackluster. You can’t win them all.