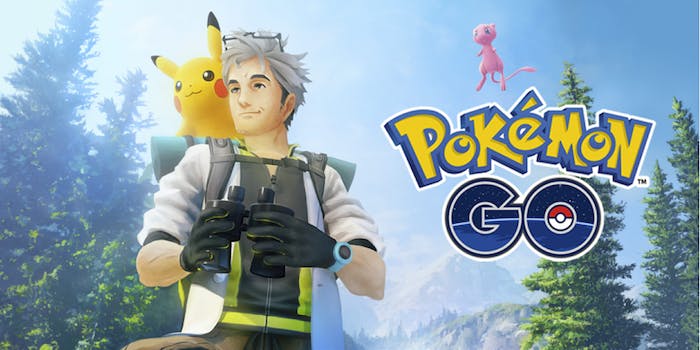 Fans may soon be able to get their hands on the game's most mysterious Pokémon.

Pokémon Go has been steadily adding new and legendary Pokémon to the app, but its latest edition is one that fans have been waiting for since the beginning.

Niantic announced Monday that it’s adding research tasks and new in-game challenges for players to complete for rewards starting March 30. The challenges, which will be categorized as “Field Research” and “Special Research,” will vary, and the kind of rewards you receive will depend on the difficulty. You can access Pokémon-based Field Research challenges through PokéStops. Special Research challenges come from Professor Willow and will be more story-based, such as the origins of Mew, the 151st Pokémon who has yet to be seen in the game.

You have the ability to complete more than one research task per day, and for each day you complete you’ll receive a stamp. As is the case with special items that help some Pokémon evolve, you’ll get an incentive after collecting stamps seven days in a row. On the seventh day, you’ll receive more rewards via a “Research Breakthrough,” which may include “an encounter with a Legendary Pokémon!”

For those fascinated by years of Pokémon lore, the additional information dropped through Special Research will likely be a welcome addition to the game. It gives fans more to do on their own and takes gyms out of the equation.

And while Niantic doesn’t explicitly state that players who achieve a Research Breakthrough will be able to face off against Mew, it seems to imply that the most mysterious and elusive Pokémon from the original generation might soon be captured by fans at last.