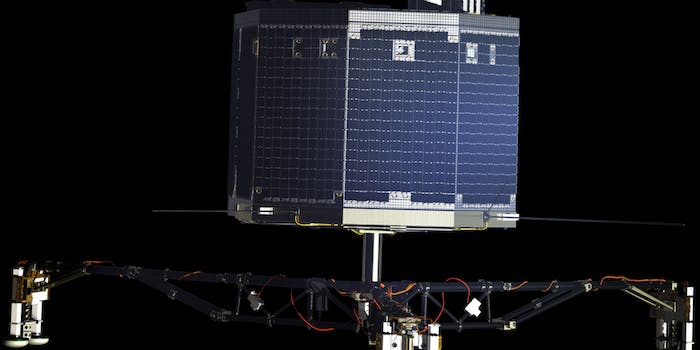 The brave space probe that inspired by the world by becoming the first to land on a comet has gone to sleep—likely for good. Philae didn’t make its target landing Friday, plunging into the comet’s shadows. It now lacks the sunlight needed to power its solar panels, and its battery life is all but lost.

Friday it established a communication link with the European Space Agency. Its power just about lost, it selflessly uploaded its data with one final act of valor. At 7:36pm ET, the world lost contact, and Philae flipped it to airplane mode. This evening, mission control ordered Philae to rotate solar panels, so it’s possible it’ll gather enough sunlight for more battery life. But it’s unclear when and if that will happen.

It has already said its goodbyes.

Scientifically, mankind got what it set out to gather and then some. While we knew it would be like this, that doesn’t tweak the affection for and soul-searching profundity that we’ve in, Philae. In 20 years our children will not admire it in person at the Smithsonian.

Philae is alive if you believe and remember. To help, let’s all listen to this Spotify playlist, and remember to always reach for the stars.