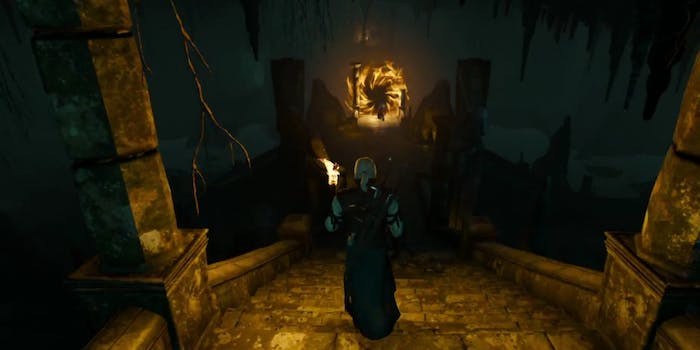 Take a tour of Witcher 3: Wild Hunt in this bloody new game trailer

What’s not to like about sex, swords, and monsters?

To understand the Witcher, imagine a character with all the charisma of James Bond, but packing swords and magic instead of a Walther PPK and fights monsters instead of supervillains.

The new trailer for The Witcher 3: Wild Hunt released today by developer CD Projekt Red reminds us of the trailers that Rockstar Games released for Red Dead Redemption and Grand Theft Auto V. They all feel like preparatory videos for tourists about to take a trip to a foreign land, do’s, don’ts, and lessons on “these are the things you want to see.” When games are as big as Red Dead, and GTA V, and especially The Witcher 3, game companies can be forgiven wanting to give players a serious look at what they’ve built.

Marketing hype aside, CD Projekt Red does take very seriously its mission to create sprawling worlds, with storytelling decisions that actually matter and substantially change one player’s experience from another’s. It also doesn’t present sex in the sterilized way that role-playing game franchises like Mass Effect and Dragon Age do. That’s a creative decision that can make the world of the Witcher feel just a little more real if the player is willing to sink themselves into the illusion.

The developers of The Witcher 3 recently shared that a speedrun of the game took them 25 hours, just to give you an idea of the size of the game. A developer speedrun is not going to be akin to a professional speedrun. It comes down to choices about which content has to be completed and which can be skipped to finish the game.

We couldn’t tell you how long a bare bones speedrun of Dragon Age: Inquisition would take, to try and compare another, huge RPG with The Witcher 3, but 25 hours is respectable. If gamers take the time to engage in all the side quests and explore the entire, open world that CD Projekt Red is creating, we’re confident The Witcher 3 will compare favorably with the 200 hours of content offered by Inquisition.

The Witcher 3: Wild Hunt will be released for PC, PlayStation 4, and Xbox One on May 19.