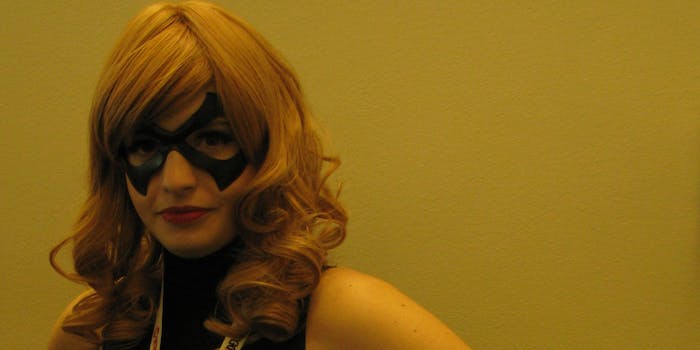 Marvel is developing a new ‘Agents of S.H.I.E.L.D.’ spinoff for ABC

Is this an opportunity for fans of Kamala Khan and Inhumans? Or is it a death knell for Agent Carter?

Marvel‘s Avengers universe shows no sign of halting its expansion into every media platform in our lives. Entertainment Weekly reports that the studio is currently developing yet another television spinoff to accompany ABC’s Agents of S.H.I.E.L.D.

We don’t yet know what the concept for the new series will be, but given the planned connection to S.H.I.E.L.D., it’s possible that the new series might pave the way for one of Marvel’s other planned film franchises. Not content with reigning over our cinemas with its next 800 Avengers sequels, the studio has a slate of additional upcoming films focused on other members of the Marvel Cinematic Universe.

Among the other upcoming planned film franchises from Marvel is 2018’s Inhumans, which focuses on a group of superheroes who’ve been gassed with a fancy bit of sci-fi mutant fog (OK, OK, it’s called Terrigen Mist) that activates “inhuman” genes in humans.

The Inhumans are important to Marvel because they function as Disney-controlled Marvel Studios’ answer to the unavailable X-Men. They’re mutants and there are lots of them, and so it’s easy to pull Inhuman characters from the comics series, or create new characters who have Inhuman powers.

More significantly for the planned spinoff, the Inhumans have already been explicitly tied into the Agents of S.H.I.E.L.D. universe, with a mid-season finale that showed popular agent Skye discovering she has superpowers. With the emphasis on incorporating the Inhumans universe into S.H.I.E.L.D., it’s likely that the spinoff will continue to build upon the connection.

That could means great things for fans of a certain teenage superhero. Spunky New Jersey fangirl Kamala Khan, better known to all as Ms. Marvel, also happens to be an Inhuman, one who discovers she has the ability to shapeshift, elasticize her arms and legs, and heal rapidly.

The Ms. Marvel series has been a huge hit for Marvel comics. And while no plans have been announced to bring Kamala to the silver screen, her predecessor Carol Danvers is getting her own Marvel film, also due out in 2018. The new series could be a great way to simultaneously do some background worldbuilding for the upcoming film and serve as Kamala’s chance to prove herself to television audiences—perhaps as a testing ground for a film of her own.

Meanwhile, Marvel’s emphasis on making a new Shield spinoff might mean dire news for fans of the other Shield spinoff, Agent Carter.

While ABC has yet to announce renewals for its fall lineup, Shield‘s ratings have stayed high since its inception, and it should be renewed with no problems. But Agent Carter, which has struggled ratings-wise despite having strong support from its core fanbase, is only “roughly 60 percent” likely to be renewed according to EW. And being able to squeak out a second-season renewal may be not give Agent Carter an edge if Marvel has a newer, shinier spinoff to invest in.

Still, the deep investment in all things Avengers means that the franchise won’t be leaving our TVs any time soon.

Even in the unlikely event that ABC opts not to pick up the new series for fall 2015 or 2016, it’s clear that S.H.I.E.L.D. is only the beginning of Marvel’s television takeover.