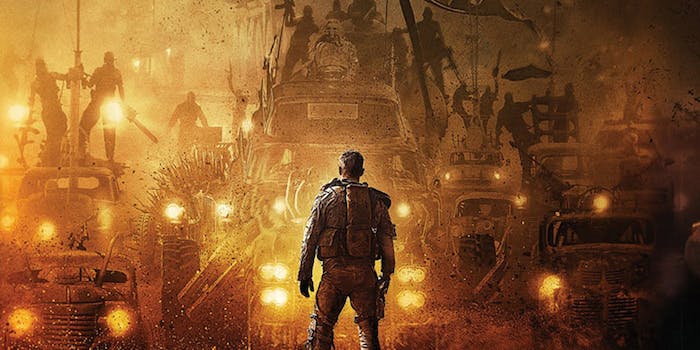 What a lovely book.

It’s no secret by now that Mad Max: Fury Road is aesthetically beautiful, with its saturated visuals filmed against a backdrop of desert vistas.

But DC Comics and a group of talented artists have done one better—they’re releasing a companion series to the film, including a stunning art book and a string of short comics devoted to the main characters from the film.

Here’s a look at the front and back cover of the book: 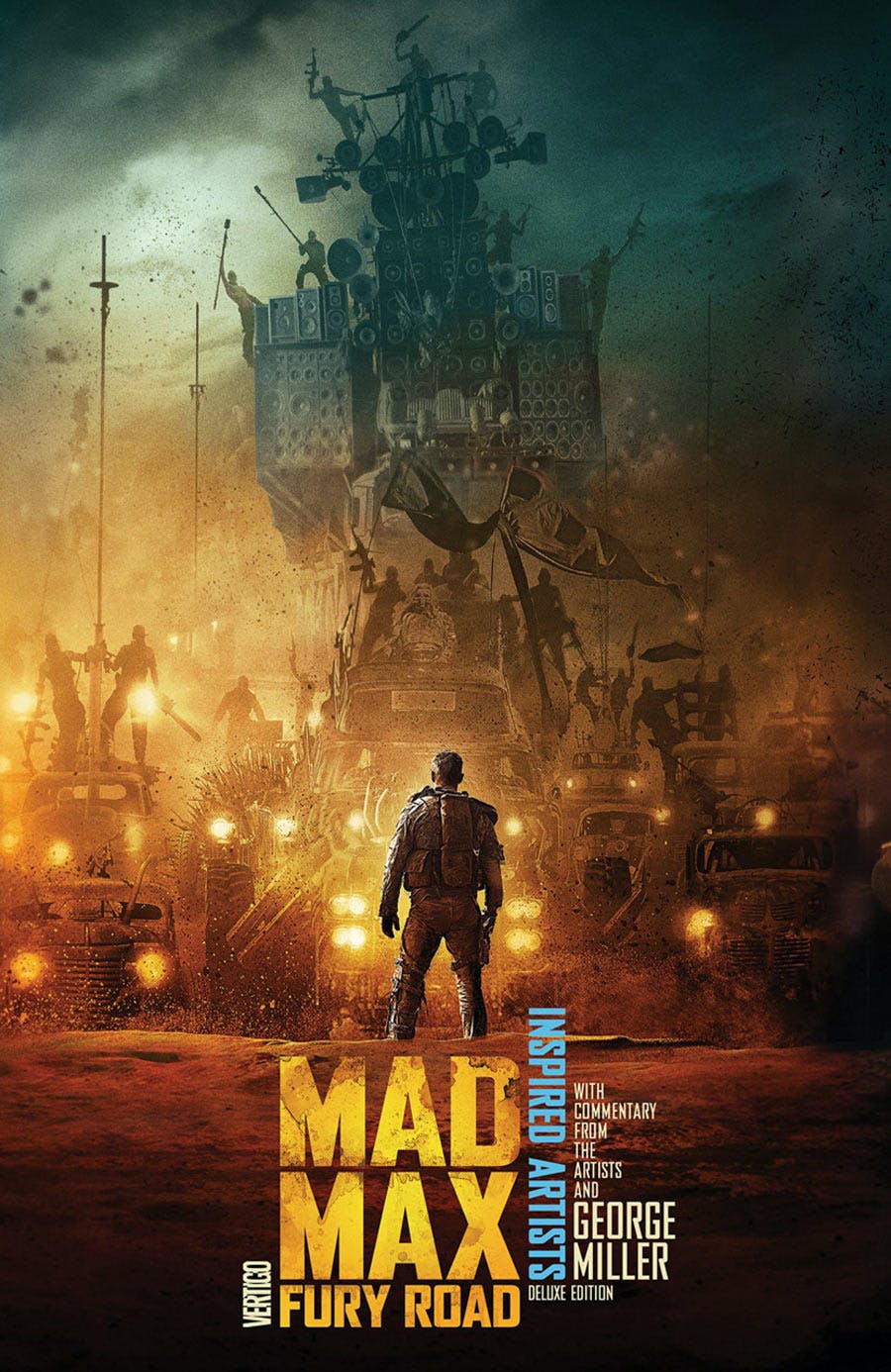 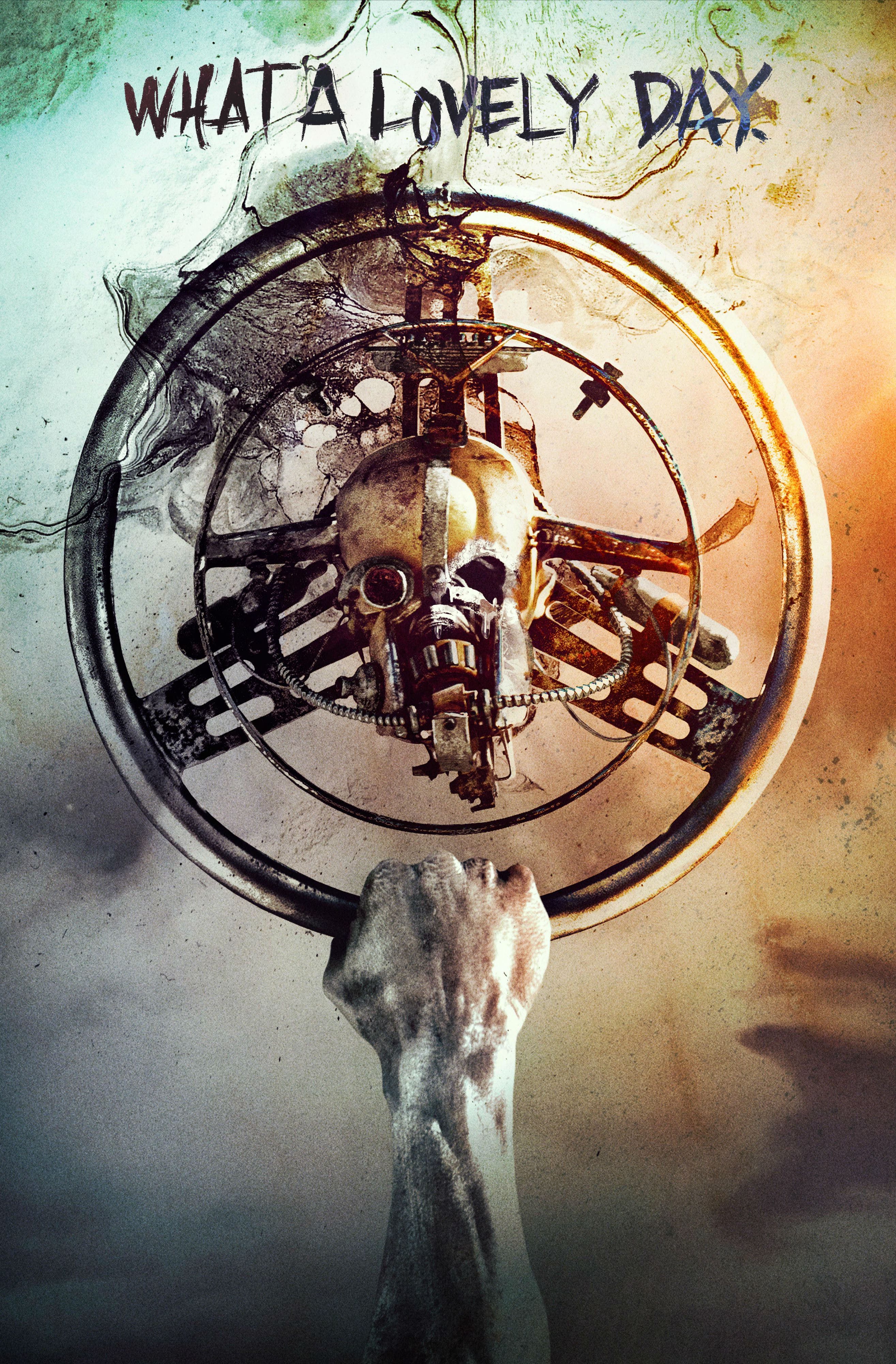 In two weeks, after the May 15 film premiere, Vertigo will also release the first issue of the character comics, Mad Max: Fury Road: Nux & Immortan Joe. Here’s what that cover, featuring art by Tommy Lee Edwards, looks like. 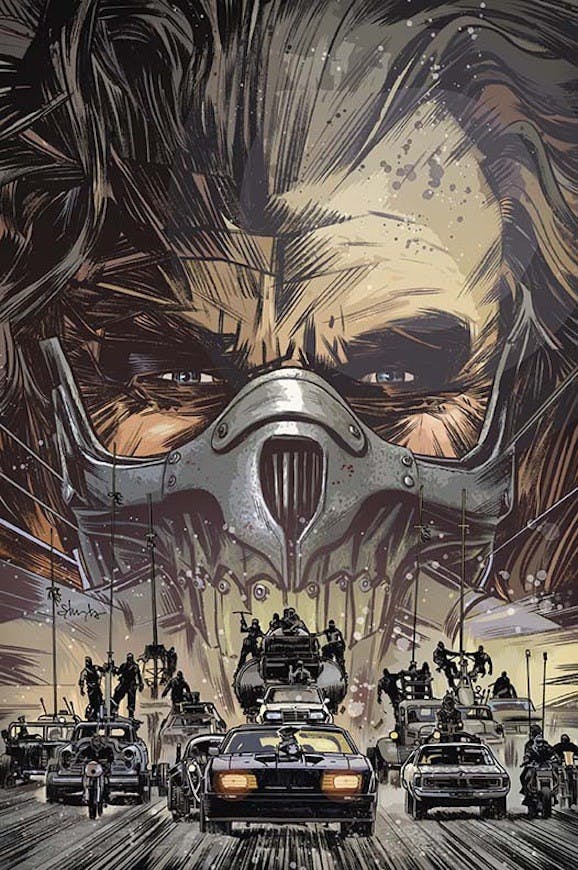 /Film debuted a look at these covers a few months ago, but now Fast Company has unveiled a look at some of the interior pages, along with even more stunning artwork. 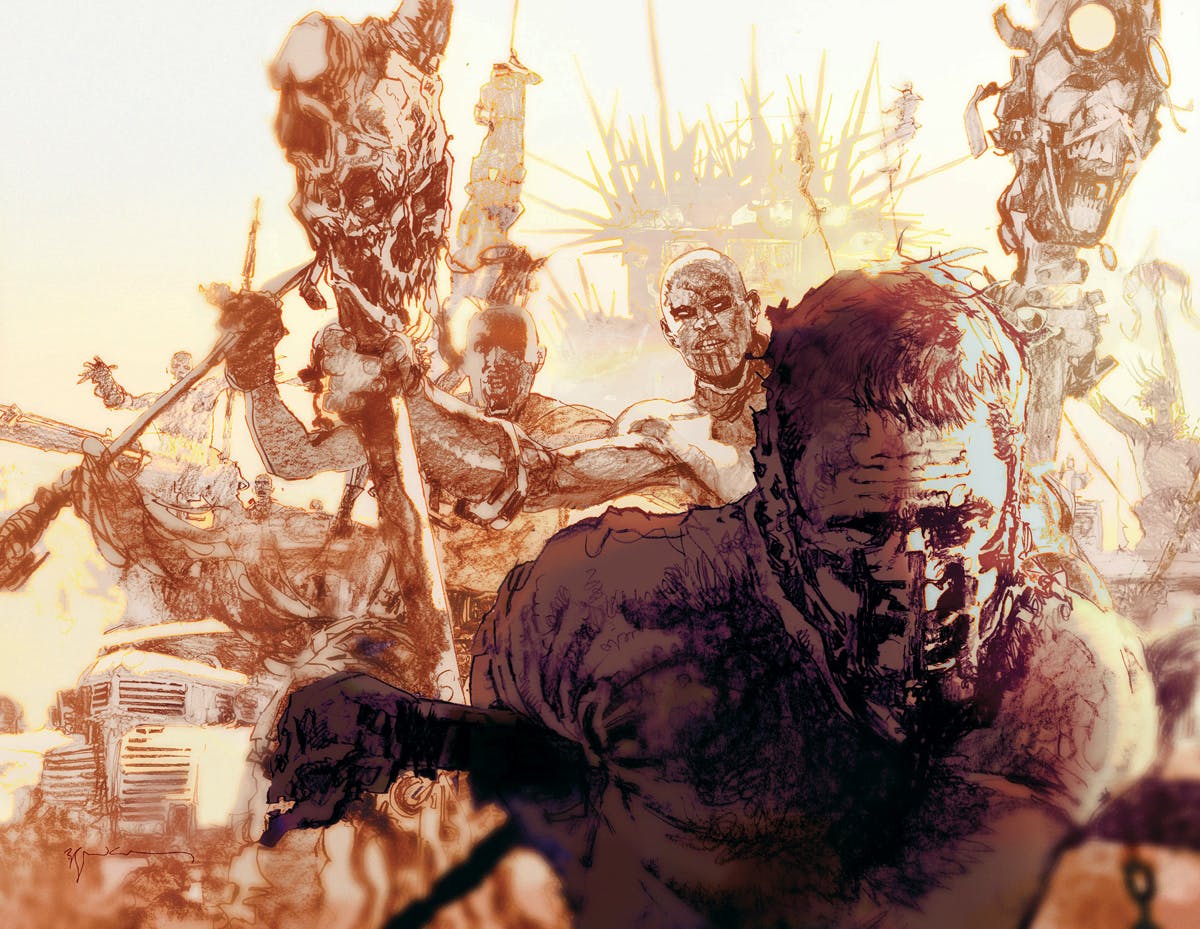 Illustration by Bill Sienkiewicz via Co.Create 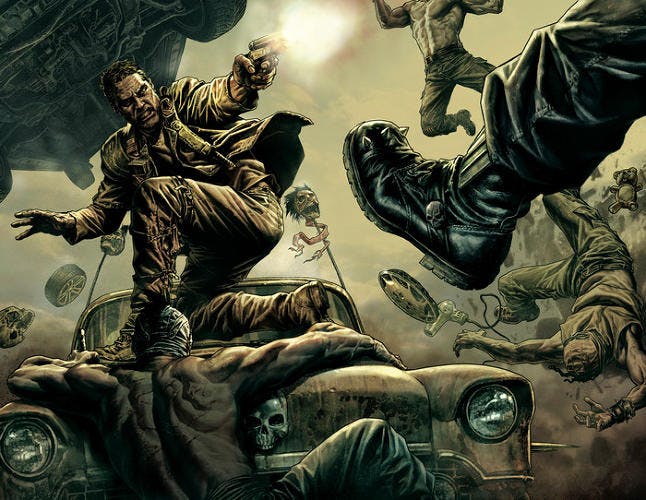 Each of the 65 different artists who participated in the book were invited to essentially create fanart for the film, sharing their own thoughts about the world of Mad Max. For the art above, the artist Marguerite Sauvage shared her thoughts:

“The women characters; so beautiful, strong and numerous, these female characters had to be the main part of my image. I also was struck by the image of the abandoned dead tree in this red or blue desert of dust, so I took care to integrate it into my image. Then my image will speak by herself about the feelings I wanted to convey, from determination to faith or fate.”

You can see other excerpts from the book on the Fast Co.Create website.

Additionally, on his Tumblr, one of the contributing artists, Ryan Kelly, shared preliminary sketches from his work on on the book. “I was going for a Lady Liberty leading the People by Eugene Delecroix vibe for this,” he wrote. 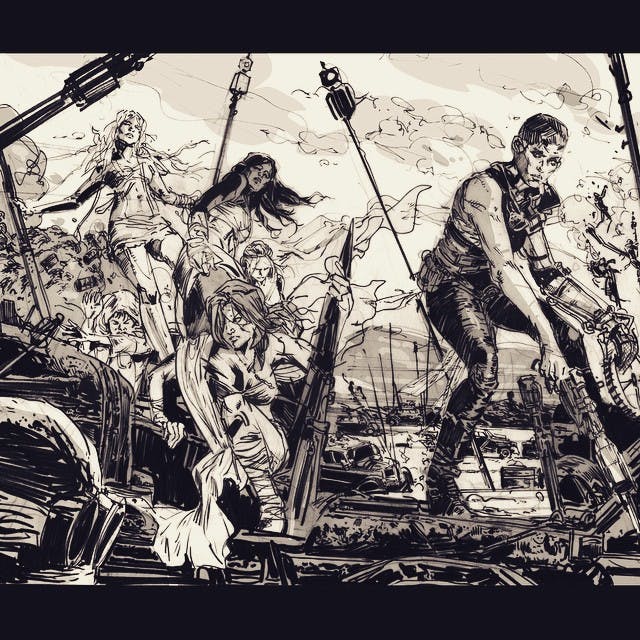 Illustration by Ryan Kelly via funrama/Tumblr

Who knew the apocalypse could look this gorgeous?

In addition to Nux & Immortan Joe, Vertigo will be releasing a comic devoted to Charlize Theron‘s character Furiosa and a two-part title devoted to Tom Hardy‘s Max himself.

You can pick up a copy of the art book in stores or in digital format now (or read a review here), and look for the comics starting May 20.