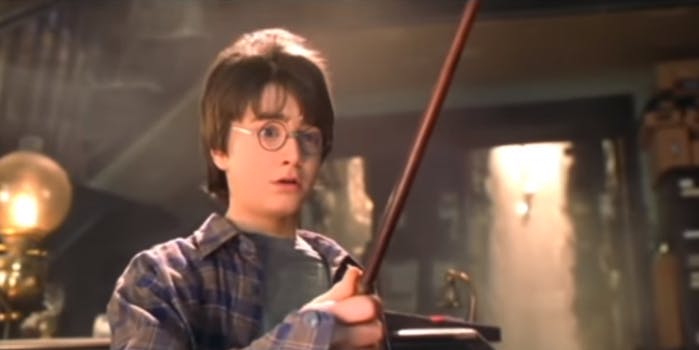 These ‘Harry Potter’ memes are timeless

'When will J.K. Rowling assign me a sexuality?'

Whether or not you’ve watched the movies recently, there is nothing better than a good Harry Potter meme.

When J.K. Rowling published Harry Potter and the Sorcerer’s Stone in 1997, she likely had no idea it would spark a cultural phenomenon. Despite the fact that the last Harry Potter film was released eight years ago, content surrounding this mega-popular series is still going strong. With that in mind, we gathered up the best Harry Potter memes the internet has to offer.

Many of the memes are specially made for those geeks who have a deep knowledge of the books. Spell jokes and wizarding puns abound. You can thank the genius that is Twitter user @head_moths for “Harry Potter and the Prisoner of Ass Kebab.”

The memes don’t all surround the books and movies, either. After Rowling made a practice of revealing changes to the canon in her books, often centered around a character’s sexuality. While more representation is always a good thing, Rowling’s habit of leaving these reveals out of the books garnered widespread criticism.

[JK Rowling, bursting through wall] at age 39, harry had a brief, torrid, extramarital affair with a sentient elm tree

jk rowling: dumbledore is gay
everyone: than put that in tje movie!!
and then shes like: pic.twitter.com/CTZkFEzb1O

some guy: Hoo boy! Can't wait to go home and have sex with my wife!

jk Rowling: Not so fast buddy.

The memes weren’t confined to the first eight Harry Potter movies, either. With the release of Fantastic Beasts and Where to Find Them, and The Crimes of Grindelwald, there is plenty of wizarding content to poke fun at.

Me, when I got back home from the movie theater after seeing Crimes of Grindelwald: pic.twitter.com/pzofRw7MM5

No matter how much flak fans give Rowling, there are very few series with the longevity of Harry Potter. We tease because we care.