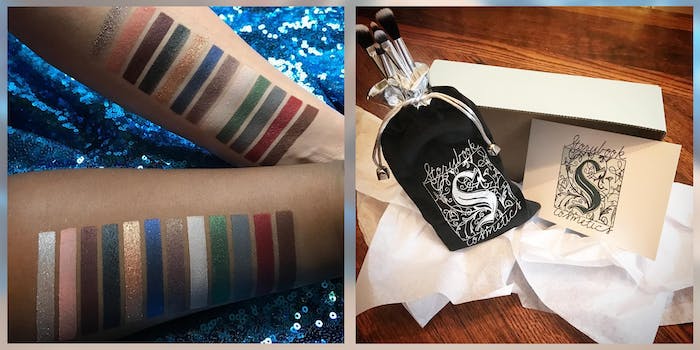 Transfigure your eyes with this ‘Harry Potter’-inspired eyeshadow

The colors are downright magical.

Storybook Cosmetics has charmed the perfect companion for its wand brushes.

Triplets Mandy, Missy, and Erin Maynard, who run Storybook Cosmetics along with other projects selling fandom jewelry, fanart, and phone cases, first teased images of the colors that would make up a new eyeshadow palette weeks ago. They were interested in customer feedback, and while they eventually deleted those photos from Instagram, they officially announced their newest product over the weekend.

Storybook Cosmetics said that the eyeshadow palette is “coming in the following weeks,” so be sure to keep an eye on the account for the announcement of when they go on sale. And if the wand brushes are any indication, the palette may go quickly.