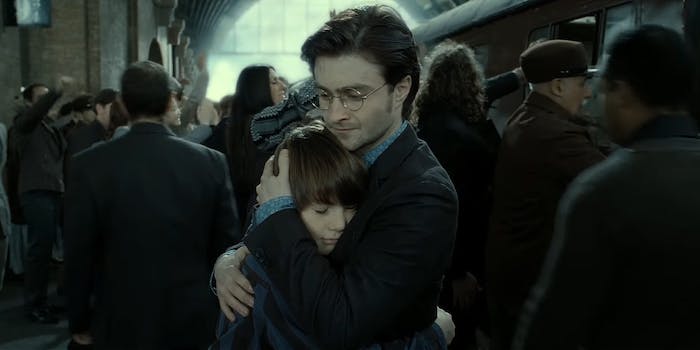 Tickets to the Harry Potter and the Cursed Child stage play were notoriously difficult to buy when the show opened in London in 2016. Now its debut in New York City appears to be following suit.

Registration opened at 10am ET on Sunday for fans to get access codes to buy tickets when they go on sale at 11am ET Oct. 18. If that sounds like an overly complicated purchase process, you’re not wrong. But the Ticketmaster Verified Fan program has helped prevent scalpers from buying blocks of tickets to resell at inflated prices. Each verified buyer will get a randomized access code to buy tickets on a first-come, first-served basis when they go on sale.

Harry Potter fans flocked to the registration site Sunday morning as it struggled to keep up with the volume of visitors. Ticketmaster called the demand “unprecedented” in a tweet, and fans expressed their frustration with the site being sluggish or not working at all.

We're experiencing a high level of traffic to the site currently, please check back later this morning if you are having trouble registering

Remember registration is open until Thursday October 5 at 10PM ET. There is no advantage to registering earlier than anyone else.

We apologize for this morning's #CursedChildNYC registration issues. We are experiencing unprecedented demand and working to resolve.

If you have not received a confirmation email, your #CursedChildNYC registration did not go through and you will need to register again. pic.twitter.com/vWcBwIQVD4

Trying to register for Harry Potter and the Cursed Child tickets. pic.twitter.com/jTq8ubay2s

Glad I woke up early on a Sunday to sit on this crashed website to reserve Harry Potter and the Cursed Child tickets. Not surprised.

Raise your hand if you feel personally victimized by Ticketmaster as you try to register for Harry Potter and the Cursed Child… pic.twitter.com/hzTcIcJjzp

If you’re struggling to get your access code to purchase tickets, don’t worry: You have until Thursday, Oct. 5. As long as you have your access code by then, you’ll have the same chances as all your fellow fans when the mad rush for tickets starts in earnest on Oct. 18.

Harry Potter and the Cursed Child opens for preview performances at the Lyric Theatre in New York City on March 16, while the official opening will be on April 22. The stage play, written by Jack Thorne, is based on a story by Thorne, J.K. Rowling, and John Tiffany. It flashes the Harry Potter story forward 19 years, this time focusing on Harry and Ginny Potter’s middle child, Albus. A rehearsal script of the play was released as a book in 2016.