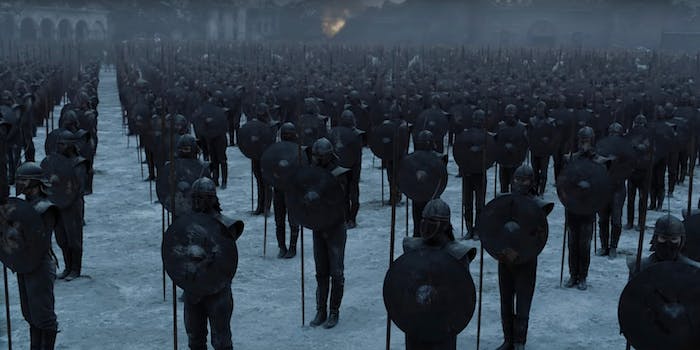 Daenerys Targaryen finally defeated Cersei Lannister on Game of Thrones, but what did it cost?

Our first look at the Game of Thrones series finale is brief but unsettling. We catch glimpses of the few survivors—mainly Jon Snow, Davos Seaworth, Tyrion Lannister, and Arya Stark—from different points of King’s Landing as the Unsullied and Dothraki gather. The capital is still on fire while ash falls onto the ground like snow; the reaction to the victory here is about as different as you can get from the one at Winterfell.

And above it all, Dany watches from above. She may have once said that she didn’t want to become the queen of the ashes, but that might just be what happened anyway.

The Game of Thrones series finale airs May 19.