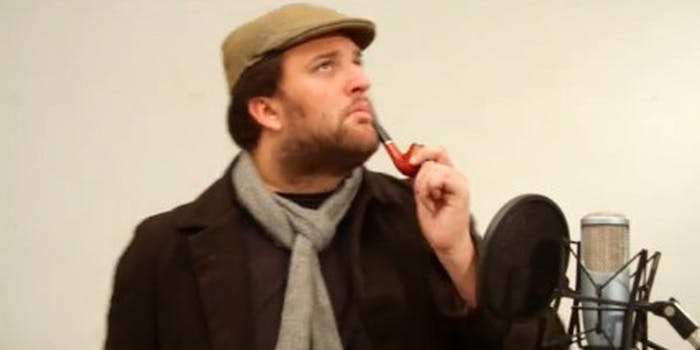 You’ve never heard the ‘Sherlock’ theme song like this

The Warp Zone cooks up a musical treat for Sherlock fans.

The Warp Zone, the YouTube a cappella comedy group that brought you the Gamer Drinking Game, the Batman Rap, and numerous popular gaming parodies, has recently been branching out into other areas of geek culture. They’ve deduced themselves a hit with their latest: the theme to Sherlock, with a few amusing embellishments.

The arrangement by Ryan Tellez isn’t the most ambitious vocal excursion on YouTube, but what it lacks in complexity it makes up for in fun, as a Victorian Holmes and Watson investigate the key changes happening around them.

“Singing this was, dare we say…elementary?” the five singers, Davis, Odom, Schroeder, Ryan, and Fish, wrote on their popular channel. While it’s true the piece isn’t exactly a three-pipe problem (Holmes’ way to describe something extremely challenging), in this case simple is better. From the way the video is blowing up on YouTube, it looks like the group’s half-million followers agree.