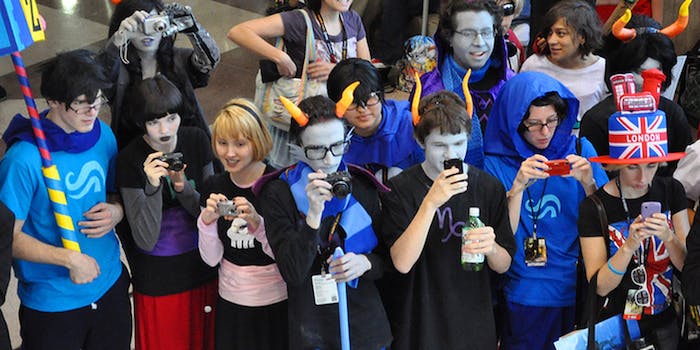 New York Comic Con attendees were shocked to find tweets they did not send appearing on their timelines. Turns out the convention was tweeting for them, hijacking their accounts to announce what fun the users were having at Comic Con.

So Comic Con’s apologized. Apparently, when users signed up for their passes on the website, they gave Comic Con control of their Twitter and/or Facebook accounts. Registering for your badge meant allowing the con to tweet for you, although that wasn’t made very clear on the con’s website.

The tweets, which used the #NYCC hashtag, also weren’t labeled as automated, and sounded creepily conversational. After a minor uproar, NYCC announced they’ve discontinued the feature.

RT So much pop culture to digest! Can’t. handle. the. awesome. #NYCC https://t.co/XShKBd3LVP This wasn’t me. It was NYCC tweeting for me :/

This is the first year that NYCC has used this system for registration, and hopefully the last time they tweet obvious promotional links from users accounts without asking. Usually, it’s clear that connecting registration to a social media account allows the account to post on your name, but what’s unusual is NYCC trying to act like the user sent the tweet—without identifying it as marketing.

FYI – do not fret if #NYCC-ID tweeted as you yesterday! We shut this opt-in feature off so it won’t happen anymore. Have a blast at NYCC!

The ironic part about NYCC posting fake tweets on behalf of attendees is that overloaded Wi-Fi and thousands of smartphones in same place make posting real tweets from the convention floor nearly impossible.