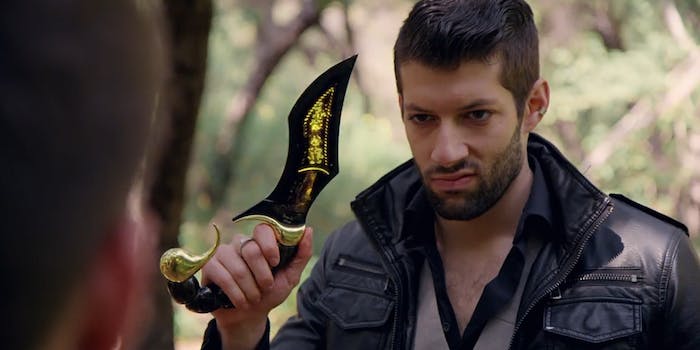 Every once in a while, something will show up that’s cool enough to rise above the rest.

Harry Potter fanworks are not exactly thin on the ground. Six years after the final book came out, it’s still the ultimate megafandom, with conventions and fan communities still going strong all over the world. But every once in a while, something will show up that’s cool enough to rise above the rest. Right now, that’s The OMEn Chronicles.

This fanfilm is more like a Harry Potter spinoff than a typical fanfic story. Set 15 years after the fall of Voldemort, it features none of the original characters, instead focusing on some rather muggle-looking American witches and wizards. The OMEn Chronicles isn’t heavy on plot (it’s only 10 minutes long, after all), but it gives us an interesting look at the idea of a more grown-up action thriller set in the Potter universe.

The video was shot in two days, using what its director, a visual effects artist named Wren Weichman, describes as “almost zero budget.” After that, it took six months of visual effects work to get the film into shape, which definitely paid off. The CGI used for The OMEn Chronicles’ magic spells is definitely superior to your average made-for-TV monster movie.

It doesn’t look like there’s a sequel coming anytime soon, which is understandable given this video’s six-month production period. But even though it ends on a cliffhanger, it’s still one of the best Harry Potter fanmovies we’ve seen so far.