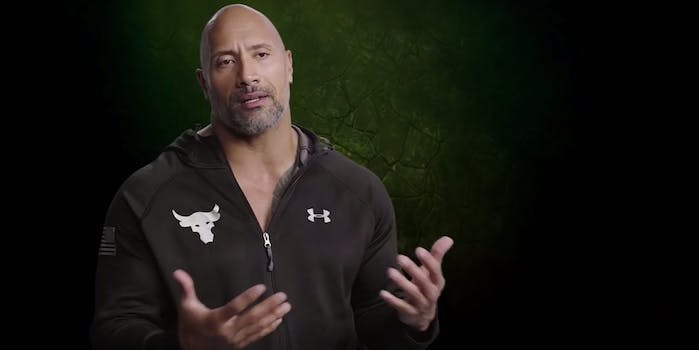 The Rock is hosting a special $300K game of HQ Trivia

Get ready, HQ Trivia players. There's some serious cash on the line.

Your HQ Trivia addiction is about to pay off. The popular live trivia app just announced that Dwayne “The Rock” Johnson will host a game Wednesday with a staggering $300,000 prize.

That’s the biggest payout ever, according to HQ, and you can bet a lot of people will try to get in on the action. HQ regularly attracts more than a million players via its Android and iOS apps, where it hosts live, 12-question games at 3pm and 9pm ET on weekdays and 9pm ET on weekends. Players who correctly answer all 12 rapid-fire questions split the prize pool, which starts at $5,000. The additional prize money up for grabs on Wednesday and Johnson’s star power are sure to open the floodgates.

Just keep in mind that Johnson won’t be hosting the typical 3pm ET game. HQ teased the game as a special pop-up event and told fans to “keep your phone close” rather than giving a scheduled time.