Call of Duty can't seem to escape the future.

The Call of Duty franchise has long been playing a game of one-upmanship, but it hasn’t been trying to beat out its competitors. It’s simply been trying to outdo itself. A larger story scope, more destruction, and bigger stars arrive every year without fail. Sometimes it works and sometimes it doesn’t. Infinite Warfare falls somewhere in between.

Whereas Battlefield 1 decided to take a trip back in time, Infinite Warfare continues Call of Duty’s relentless march into the future. The game’s story takes place far into the future, where aircraft are also spacecraft, guns shoot lasers, and anti-gravity grenades are just another part of every soldier’s arsenal.

In this hyper-stylized version of the future, humanity has spread from Earth to other planets in order to mine them of their resources and establish colonies. Over time, some of Earth’s expatriates began to resent their home planet and rebel, fighting against their former leaders and establishing a separate alliance known as the Settlement Defense Front. With virtually unlimited resources, the group gained the upper hand, and began raiding Earth-friendly outposts. 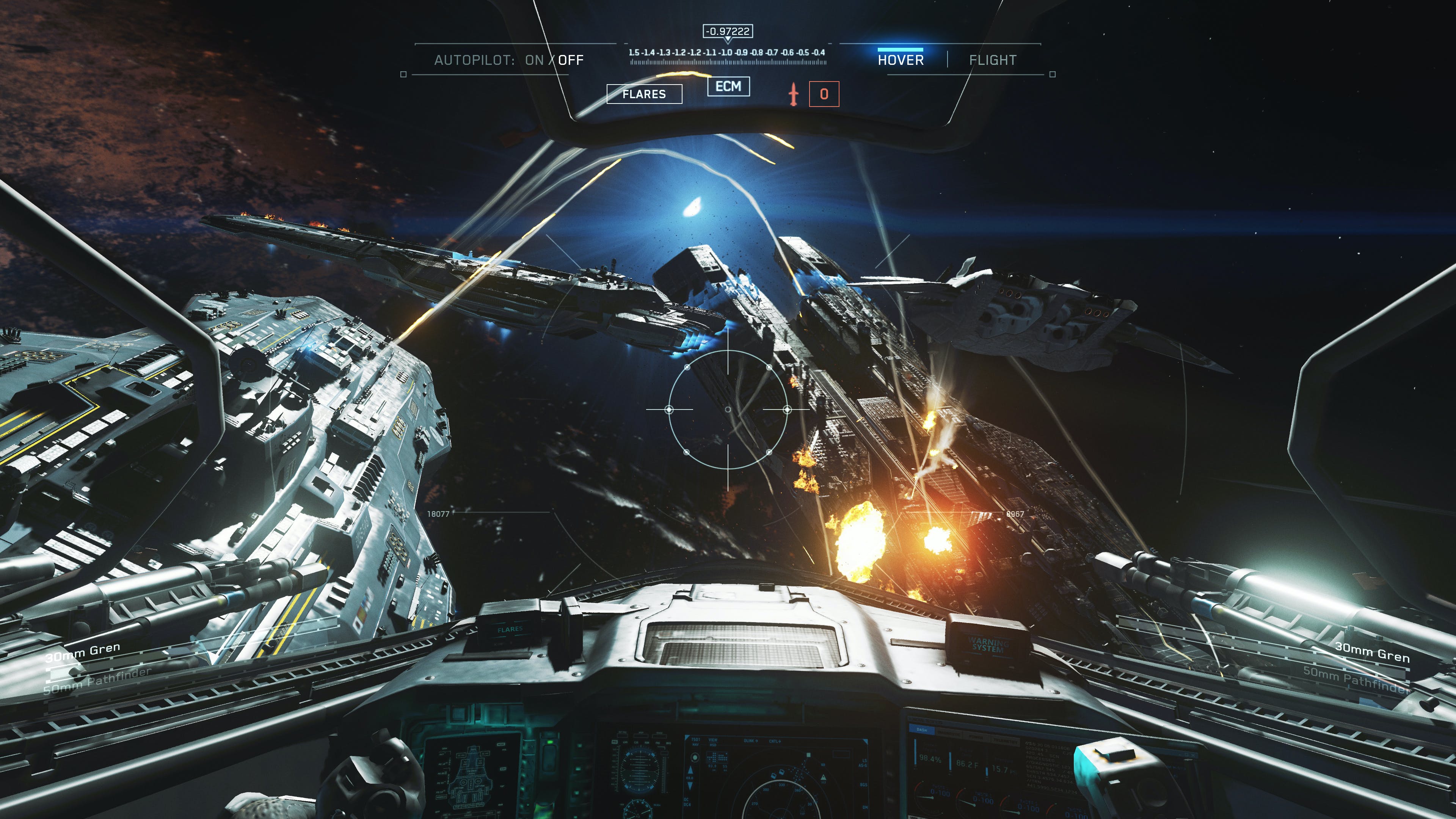 As a newly appointed—and unexpected—United Nations Space Alliance commander named Nick Reyes, you find yourself in an all-out war with the SDF after the rogue group launches a surprise attack on Earth. What follows is countless battles against both humans and robots, giant assault drones, and even colossal warships in outer space.

Big set-piece moments and some impressive cinematic sequences help to break up the action and add a little more color to your character and his team, but once you’re back in control, the goal is almost always to just destroy everything in sight. That’s not exactly odd for the Call of Duty franchise in general, but it does begin to grow tiring after you’ve slain your thousandth robot that looks identical to the 999 that came before it.

The weaponry is a mix of guns that look vaguely like real-world firearms and completely new, ridiculous concepts that have no basis in reality. Likewise, the environments you wage war in—from a Star Trek-like version of Earth to space colonies with sterile white walls and lots of blinking gadgets—fit the theme, but feel so far removed from the today that it’s hard to really care what happens to any of it. 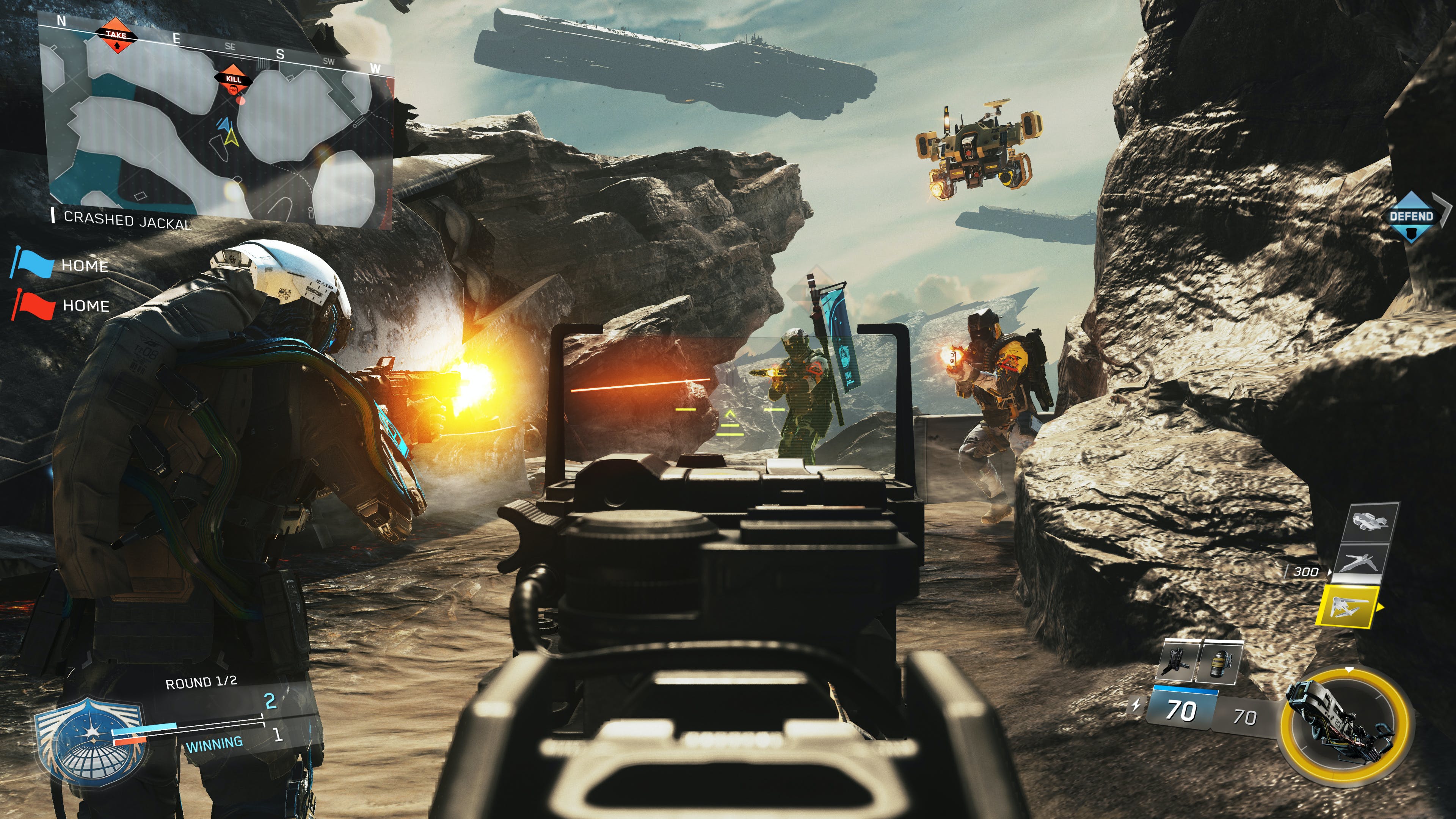 The lack of character polish and the been-there-done-that story is especially tragic when you consider the stellar cast that has been pulled together. Kit Harrington and Conor McGregor play two of the first villains you meet, and despite an interesting and even gripping opening scene and cinematic, you never get the feeling that they even really matter. Harrington, who plays the primary baddie throughout your war, is the subject of your hatred but does little more than throw wave after wave of robots and poorly piloted attack ships at you. When you eventually meet, you’ll probably expect a twist because it seems almost too easy. You won’t get one. 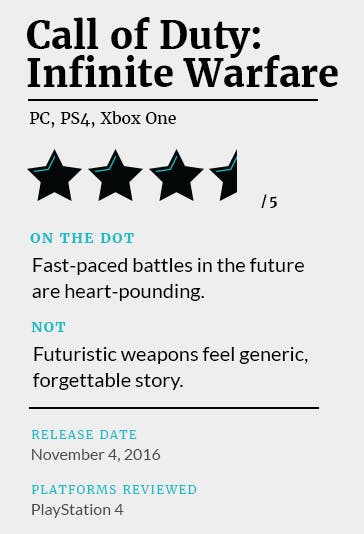 If you’re a Call of Duty fan you’re obviously looking forward to the multiplayer mode even more than the story, and the good news here is that there’s plenty of fun to be had if you’re willing to overlook its flaws.

As has been the case for many years now, the multiplayer mode is all about progression as you unlock new ranks, weapons, skills, and cosmetic touches. It follows in the shoes of the “Specialist” system from Black Ops III, letting you choose special “Rigs,” which are essentially a predefined set of unique powers, emphasizing various play styles like brute force or stealthy movement.

The maps are the typical curated kill theaters that they’ve always been, and each setting has room for long and medium engagements as well as close quarters combat. With the futuristic aesthetic permeating the entire experience, things start to blend together a bit, and there’s not much personality from one map to the next, but if your focus is on dispatching your enemy you might not care. 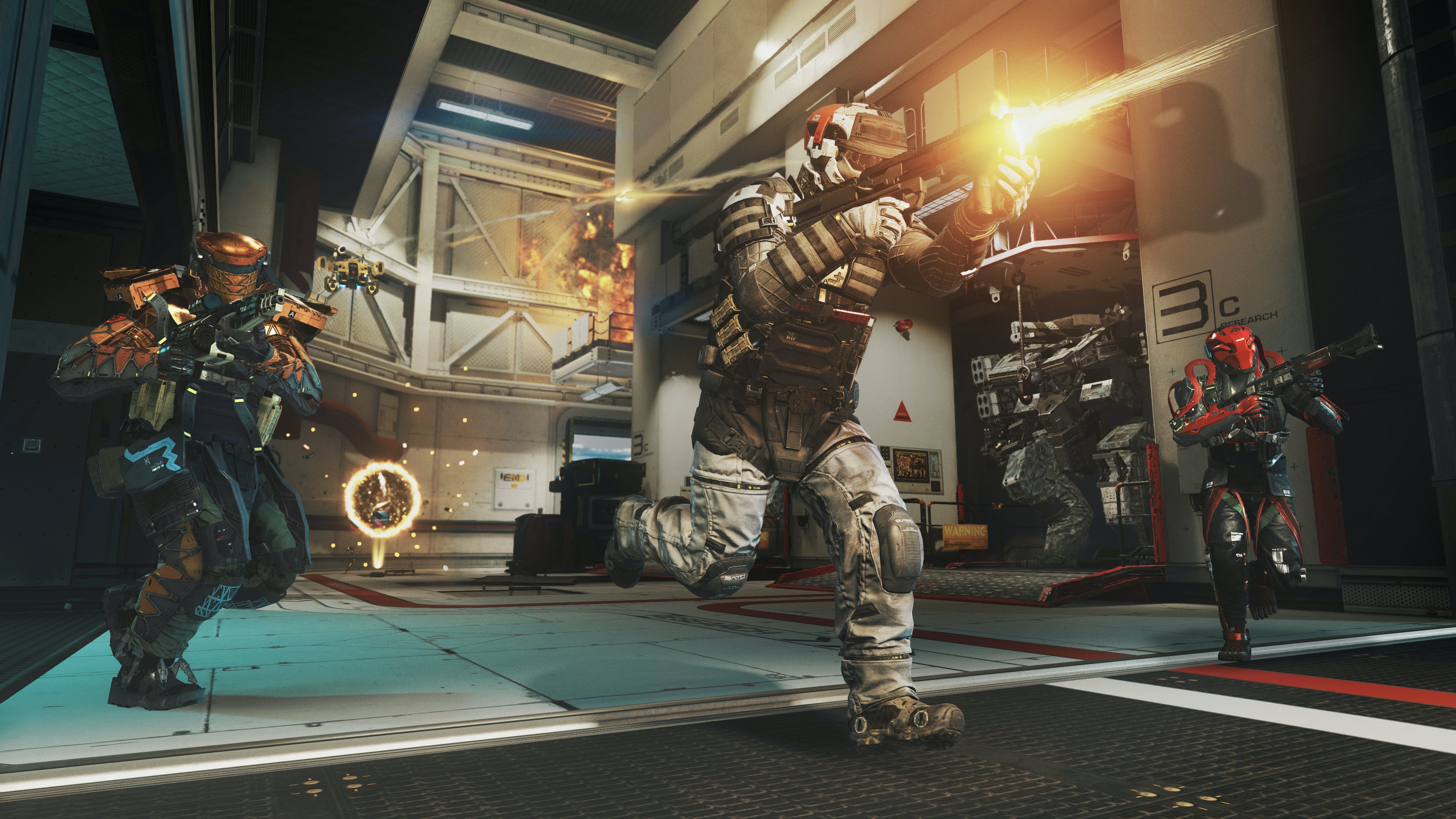 Zombies mode also makes a return in Infinite Warfare. What’s particularly interesting about the undead apocalypse experience this time around is that it doesn’t follow the rest of the game’s leap into the future—or, at least, not with the same fervor. You won’t see the jetpack boosting and 3D movement that you see in the campaign and multiplayer mode, which helps keep the tension high as the zombies race towards you.  It’s a fun time waster, but only if you’ve got some friends along for the ride.

As far as visuals go, Infinite Warfare isn’t a bad looking game, but it’s clear that the Infinity Ward game engine is starting to show its age despite regular updates and improvements. Character animations, weapon movement, and almost every aspect of how the game moves and feels is familiar. That might be a plus for series diehards, but it’s clearly becoming harder and harder for each new Call of Duty game to feel like a unique experience.

Call of Duty: Infinite Warfare is the definition of a decent game. It’s fun in short doses and will keep you amused for just long enough to make you feel like you got your $60’s worth. That said, it’s definitely a step back from last year’s Black Ops III, which impressed in almost every regard, and despite being packed with features, modes, and more futuristic fanfare than any Call of Duty before it, a world of laser guns and space battles might not be where the franchise’s time is best spent.