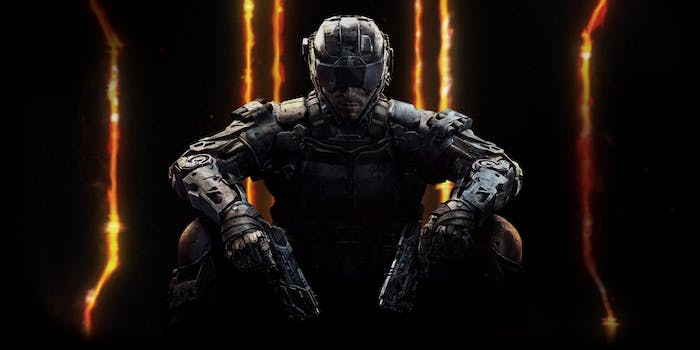 Two out of three ain't bad.

The bigger, the better: That’s been the mantra of every Call of Duty title since Call of Duty 4: Modern Warfare, and it’s something many fans of the series have started to grow tired of.

Call of Duty: Black Ops III follows that same well-worn path, but while the unrelenting pace of its story mode leaves it feeling a bit like a shooting gallery, the multiplayer components are easily the best in years. There’s no point in beating around the bush here, so let’s just get right to the heart of the issue. The campaign mode in Black Ops III is not great. In fact, I’d argue that it could barely even be called “good.”

When you begin the story mode you’re given the option for the first time to be either male or female. This is a bit less meaningful than it sounds, as the only real control you have over your character is the choice of a handful of pre-rendered faces. You have no name and are referred to by other characters as “new blood” or “soldier,” which makes your role in the unfolding events feel more generic than ever before. 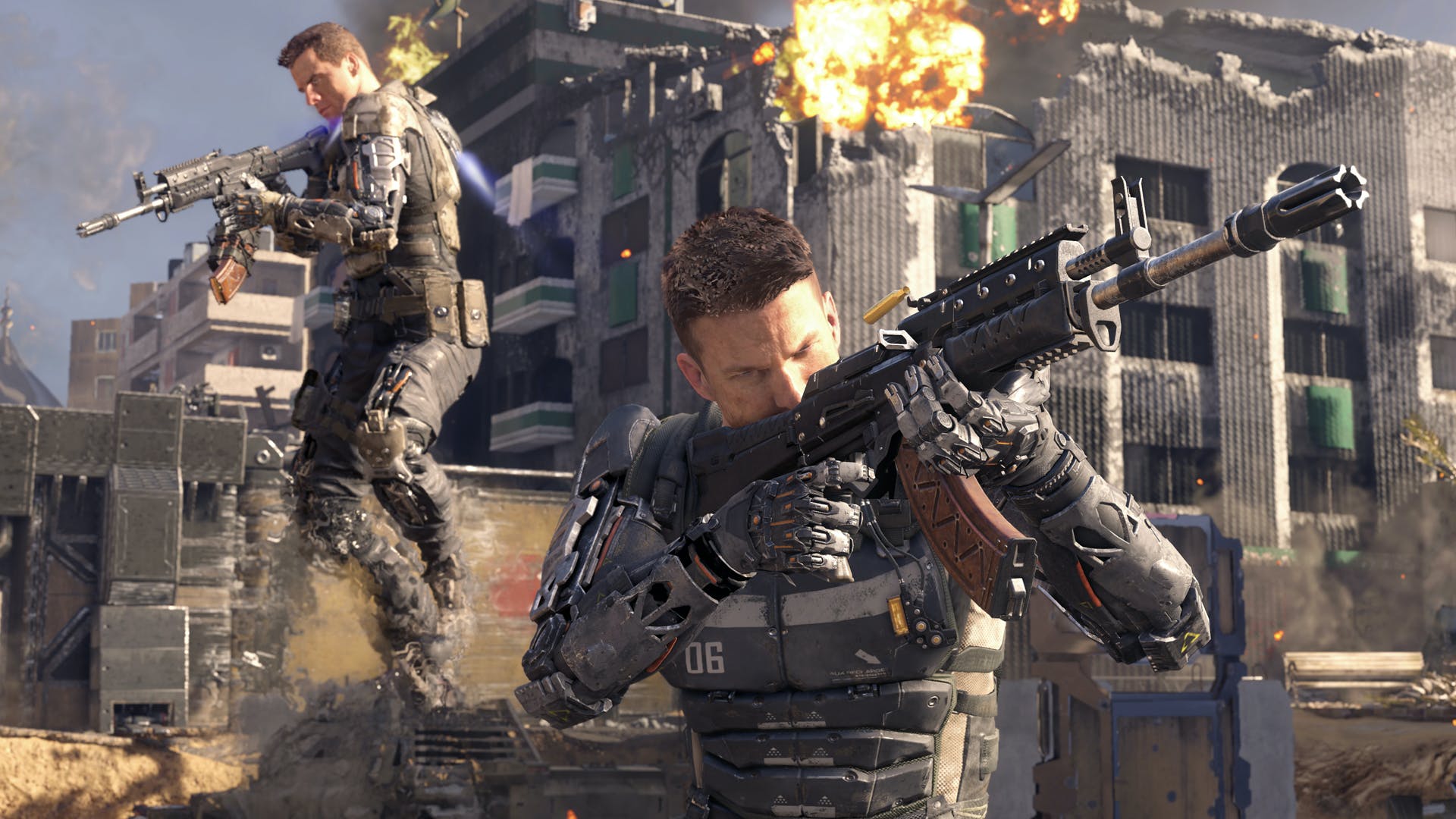 After getting a brief crash course in the current state of world affairs—surprise, there’s terrorists—you’re tossed into the curated death tunnels that the series is well known for. You always have an objective within sight, and regardless of the overarching goals of each mission your only concern is killing every living thing between you and your destination. There’s lots of cringe-worthy chatter from your comrades along the way, and nobody ever misses an opportunity to remind you how much of a “badass” you are.

Whereas in past games, stretching as far back as World War II, your HUD was solely a tool to give you information on your status, Black Ops III makes it central to the story itself. Now, everything you see on your screen, from enemy indicators to icons that highlight items in the game world, is part of your direct neural interface, or DNI. Your DNI makes you a walking combat computer and allows you to breach security systems, control robotic weaponry, and sync with your fellow soldiers.

Without giving any spoilers, suffice it to say that who or what is ultimately in control of how your DNI functions plays a huge role in the story, and will eventually lead you to question why exactly it exists in the first place. Things get very strange very quickly, and while the Black Ops subseries has always placed emphasis on psychological twists, this particular adventure is by far the weirdest. That, unfortunately, is also one of the biggest problems with the Black Ops III campaign as a whole.

From the very start of the story mode, which begins with an overly long simulation to offer backstory and teach combat mechanics, the twists are fairly obvious. There’s a huge overarching man-versus-machine theme to it all, and by the time the credits roll you’ll have killed far more robots than actual human combatants. In fact, it doesn’t take long to question why human soldiers are still a part of the futuristic warscape at all, given that the robotic fighters can take far more damage and seem to be just as mobile as the grunts made of flesh and blood. 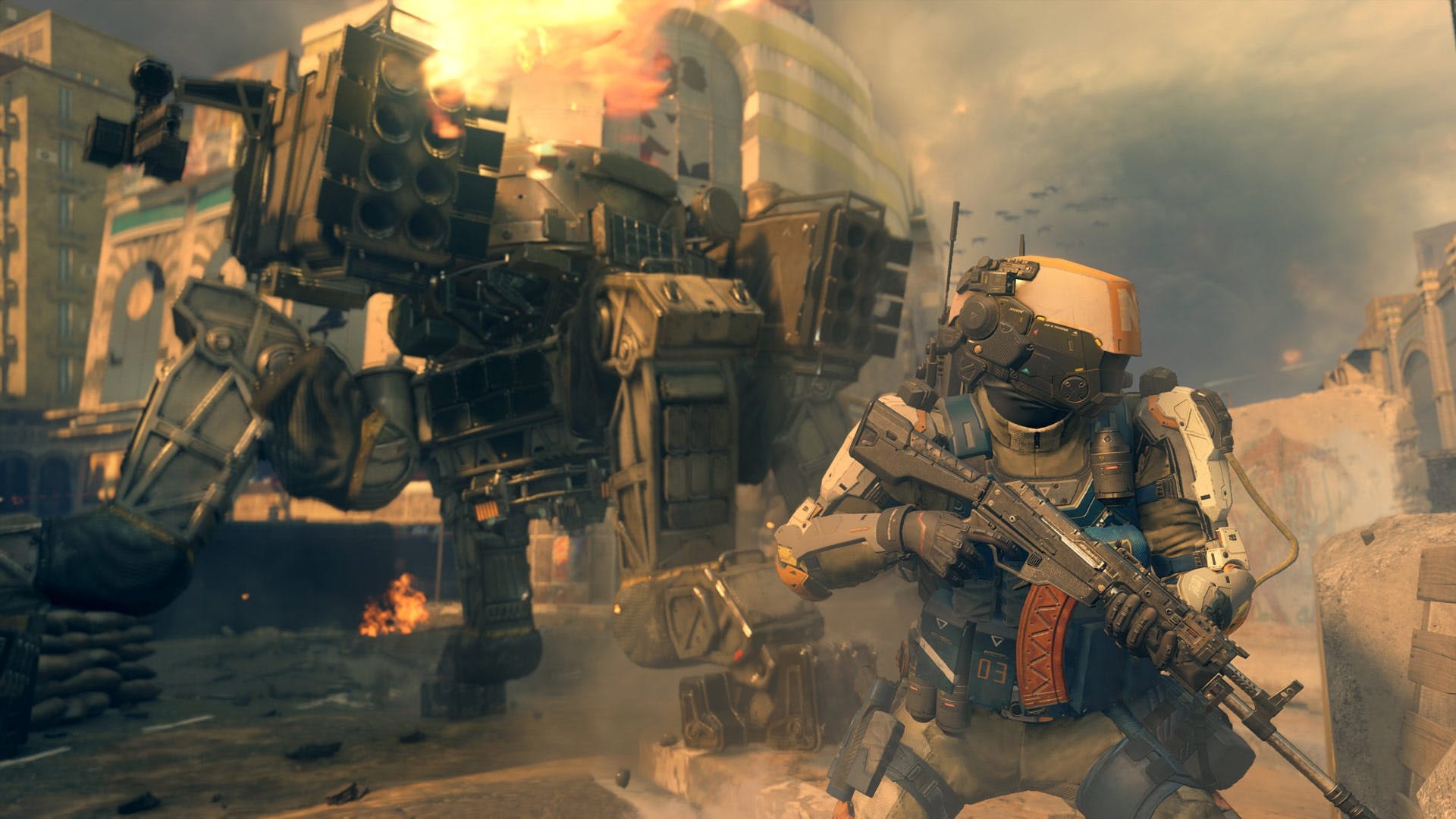 Call of Duty campaigns have always suffered from the feeling that what you’re doing is of limited importance, and that killing hundreds of human beings over the course of a handful of hours ultimately makes you a pretty horrible creature yourself. Black Ops III does little to reverse this feeling, and when it’s all over it’s hard to tell whether your actions made things better or worse.

In between each of the story missions you are given the opportunity to walk around your command center. Here you can access information on past missions, read into the lore of story, modify loadouts for your soldier, and access a virtual-reality training mode where you can test out weapons or just kill a bunch of dumb artificial enemies for fun. It’s not anything that will hold your interest for very long, but at the very least it gives you a few moments to breath before you go back to murdering everything in sight.

As predictably disappointing as the campaign is, Black Ops III more than makes up for it with its head-to-head multiplayer modes.

Let’s face it: Ghosts and Advanced Warfare were big steps back for Call of Duty multiplayer fans. Black Ops II, released in 2012, is still one of the most beloved competitive shooters, and its immediate successors simply didn’t live up to its pedigree. Black Ops III manages to pull the franchise back from the brink of multiplayer irrelevance and cements itself as a worthy successor to the Black Ops II throne. Doing away with the obnoxious robotic exoskeletons of Advanced Warfare and with much more interesting and diverse weapons and maps than Ghosts, Black Ops III is the game that Call of Duty fans have been waiting for.

If you’ve played a Call of Duty game online in the past five years or so, you already know the game modes on offer here. Team deathmatch, domination, demolition, search and destroy, kill confirmed, and hardpoint are all represented, along with a few more specialized modes and limited-time options like a Nuketown-only variant.

The time-to-kill—the number of bullets it takes to kill or be killed by any given gun—for virtually all weapon types has been adjusted from where it was in Advanced Warfare and Ghosts. Your soldier is now a bit more durable than in recent years, and it feels a lot more in line with Black Ops II than any title since.

Moving around the map is easier than it’s ever been, with a jetpack-like thruster and wall-running ability now a default for all players, and there’s always at least two ways to get to any given room or platform, which means you always need to watch your back, top, and bottom. Jumping, climbing, thrusting, and sliding feels much more fluid than the evasive movement options of Advanced Warfare, and that feeling of your character doing something different than what you intended simply isn’t an issue this time around.

The level of customization available in the multiplayer mode is somewhat astounding. Not only can you pick your own specialist, each with their own special abilities and appearance, but you can change their clothing, choose camo patterns for your weapons, add graphics and paint to your guns, change your player icon and calling card, and even choose specific taunting gestures to rub your talent in your opponents’ faces. The wave-based zombie horde mode is once again a highlight, and it’s as unforgiving as it’s ever been. Best played with a friend or three, the mode has transformed from the shambling Nazis of years past to something much more fearsome. Yes, there are zombies, but the other monsters that populate the retro-futuristic world take considerably more patience and technique to defeat.

The mechanics of the undead mode remain largely the same. You’ll defeat wave after wave of enemies while unlocking new weapons, trying to obtain power-ups, and rescuing your comrades when in trouble. Portals will allow you to move between areas of the map with ease, and the wall-running mechanic from the competitive multiplayer mode is also a key component. With its wealth of secrets and superb atmosphere, you may spend more hours fighting the undead than you will trying to make sense of the actual campaign.

Black Ops III is a return to form for the Call of Duty franchise, and two of the three main components are as good as they’ve ever been. The story mode remains a disappointment, but there’s so much content and endless customization packed into the competitive and zombie modes that you’ll have no shortage of things to do for many months to come.