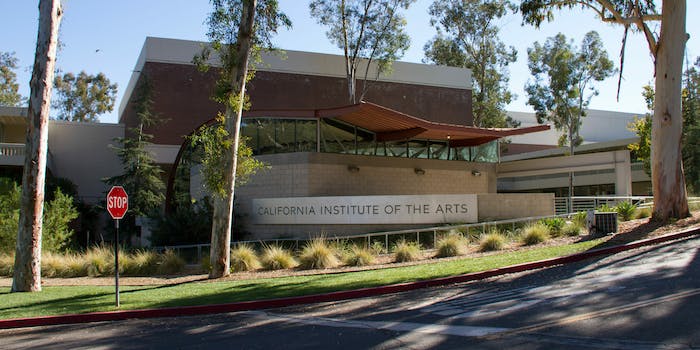 Shooting threat at CalArts may have been over cartoon controversy

The campus was safe, but students believe the threat was made over animation.

The California Institute of the Arts (CalArts) temporarily closed on Monday to investigate a potential threat on social media. The threat, which led to a school-wide shutdown, is thought among students to be linked with a campaign against “CalArts style,” an aesthetic trend in animated shows like Adventure Time and Thundercats.

The university wasn’t in session at the time of the threat, but administrators decided to err on the side of caution, and the campus was closed while law enforcement investigated. CalArts posted an update at 6:30pm PST on Monday to say there was no “credible” danger.

The tweet thought to have triggered the investigation features a cartoon face with bullet holes and the caption, “Some of You Guys are Alright, Don’t go to CalArts Tomorrow.”

The phrase “Some of you guys are alright…” is actually a meme inspired by a 4chan post believed to be written by the Umpqua Community College shooter in 2015. The phrase is often used in mock warnings. Basically, it’s twisted troll humor.

But CalArts employees had no reason to know about the meme, and it’s often impossible to tell the difference between morbid jokes and genuine threats, especially when people are on such high alert about school shootings. By Tuesday afternoon, someone else has posted a similar shooting threat meme depicting Sam Hyde, a comedian who is often named as the perpetrator of mass shootings as another 4chan prank.

In the aftermath of the shutdown, some students spoke out about the backlash against so-called CalArts style animation. While the original tweet wasn’t a “real” threat, its impact suggests the controversy over children’s animation has gone too far.

hey uh all us calarts students got a email/text alert today that there was a threat made towards the school & campus was closed & wow turns out someone on twitter was making some shooting threats over calarts style bullshit so,

While CalArts teaches a wide variety of visual and performance arts courses, it’s known for a very specific brand of animation. To a certain contingent of adult fans, it’s synonymous with the aesthetic of shows like Steven Universe. Some people detest this trend for stylized cartoon characters, and there’s a persistent belief that CalArts produced a generation of homogenous animators. The controversy recently reached a new height with the announcement of Cartoon Network’s ThunderCats reboot, which attracted an astounding amount of backlash from older fans.

The CalArts “threat” turned out to be harmless, but school administrators likely made the right decision. Even if they had been aware of the context, this wouldn’t be the first time things got violent over seemingly frivolous trolling.