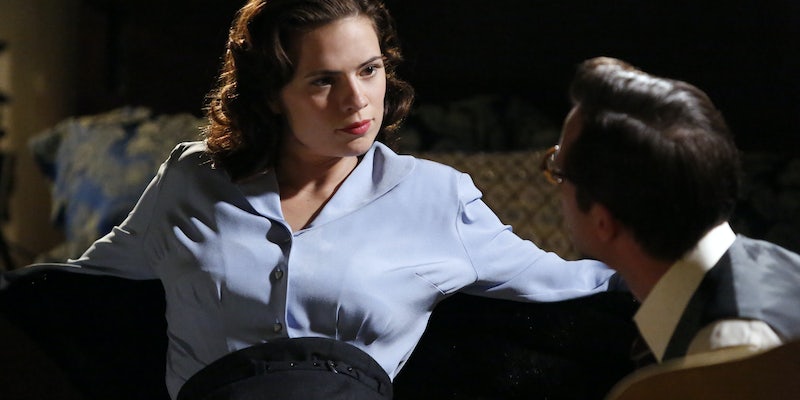 Agent Carter‘s two-hour premiere knocks most pilot episodes out of the water. The usual exposition is replaced by a quick flashback to Captain America: The First Avenger, and then we move swiftly on to the action.

It’s 1946, and the agents of the Strategic Scientific Reserve are still dealing with the aftermath of the war. The ever-capable Peggy Carter has to put up with sexist idiots who just got back from the front lines, her ally Agent Sousa (Dollhouse‘s Enver Gjokaj) lost a leg, and their chauvinist coworker (Chad Michael Murray) “got his personality shot off in Iwo Jima.”

Tired of making coffee and doing paperwork, Carter agrees to help inventor Howard Stark clear his name after he’s accused of selling weapons to the enemy. This secret mission involves punching bad guys, going undercover in a blonde wig, stealing a mysterious “Vita-ray” weapon, and other hijinks you’d expect from a 1940s adventure story. (Incidentally, Carter’s fighting style has none of the artistry of characters like Melinda May or Black Widow. She basically slams heavy objects into men until they fall over, which is very satisfying to watch.)

If anything, the clashes between Carter and her coworkers are a little too on-the-nose, as the other agents practically knock their heads together like a misogynist slapstick act. However, that does play into the 1940s atmosphere, which calls for various deliciously silly vintage comic book details: a wristwatch that turns into a lockpick, a cheesy Captain America radio serial, and a moustachio-ed assassin who communicates with his bosses using a souped-up typewriter.

Luckily, Agent Carter steers clear of outright pastiche by interspersing the quips and espionage scenes with moments of real emotion. Peggy Carter is still mourning Steve Rogers, but above all she’s alone. Like most Marvel heroes, she needs to learn that friendship and teamwork are better than self-sacrificing isolation.

James D’Arcy makes an excellent sidekick as Edwin Jarvis, playing to the English butler stereotype. His first scene emphasizes the fact that he’s married, leaving things open for a platonic friendship and a gender-swapped riff on that trope where a female character provides emotional support while sewing up the hero’s wounds. (Jarvis has practice at sewing because Howard Stark “puts a lot of strain on his zippers,” apparently.) 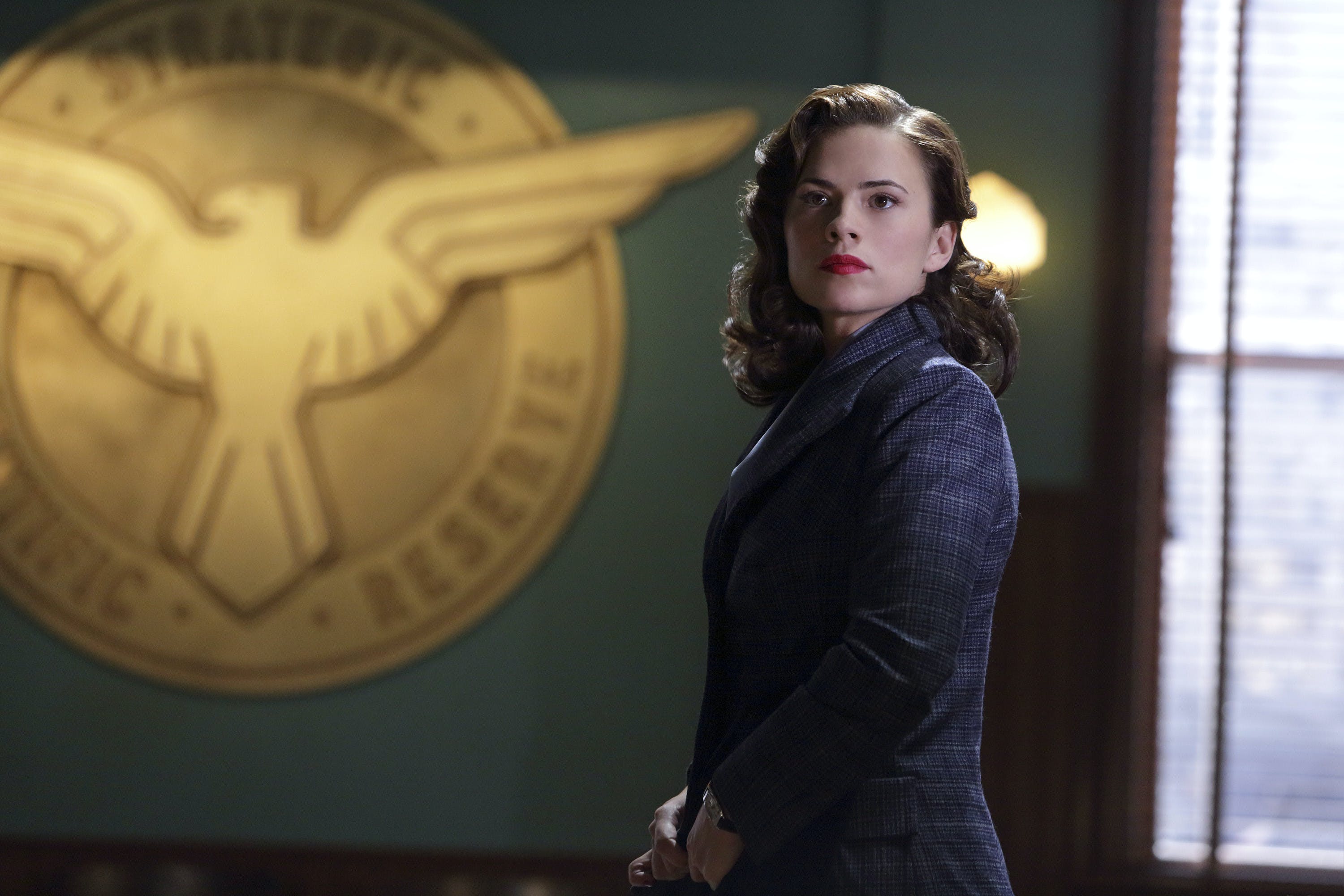 The writers took care to introduce a few female side-characters, giving Carter a chance to realize that she doesn’t have to be wholly independent. Her partnership with Jarvis is the first part of that, but equally satisfying are her sisterly relationships with characters like her roommate Colleen and Angie the automat waitress.

Agent Carter‘s eight-episode run is something of a mixed blessing. It forced writers to launch in without wasting any time, and they’ve done a good job of fleshing out Peggy Carter and the postwar setting. Unfortunately it will be over all too soon, although ABC would be crazy not to renew it for a second season. This show already has more personality than Agents of S.H.I.E.L.D. managed in its first 15 episodes.