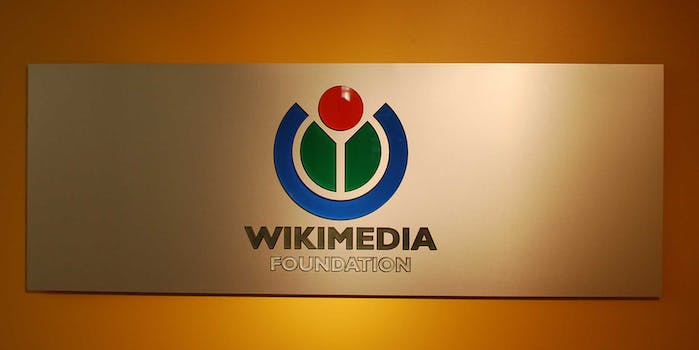 Wikipedia's VisualEditor was supposed to solve a problem, but instead, it's caused one of its own.

The Wikimedia Foundation—the group in charge of, but not really in charge of Wikipedia—faces mounting backlash as the foundation continues to implement a new user interface that has rankled the sensibilities of longtime editors.

Wikipedia’s new VisualEditor interface went wide nearly three months ago, becoming the default setting for all logged-in editors on English Wikipedia. The “What You See Is What You Get”-style editing system is a ploy by the WMF to solve the site’s recruitment crisis, making it easier for new editors to get involved and stay involved.

But it’s a move that forsakes the wants and desires of longtime Wikipedians, who say VisualEditor is buggy and untested. They voted overwhelmingly to make the new editing platform an opt-in, rather than opt-out program, but WMF moved forward with their plans to make it the default setting.

Now, there is a full-fledged effort afoot to override the foundation. On Sunday, Wikipedia administrator Kww announced plans to forcibly override the WMF JavaScript that makes VisualEditor the default, replacing it with a common JavaScript of his own. The patch, which went live Monday evening, honors the wishes of editors who voiced their opinions in a Request for Comment.

“Most of you are familiar with the VisualEditor problem,” Kww wrote. “Despite an overwhelming consensus that the tool should be opt-in […] WMF has insisted on keeping the editor opt-out.”

Though it may seem odd that a single administrator can circumvent the will of the organization most responsible for guiding Wikipedia’s growth, it’s rather easy. Though the Wikimedia Foundation plays a large role in developing the online encyclopedia, their administrative authority on the site is minimal. If the majority of administrators outside of Wikimedia decide they don’t like the system, they can change it—at least in theory.

“It remains to be seen if the administrator corps of Wikipedia can in fact overrule the decision of the Wikimedia Foundation,” said Gregory Kohs, co-founder of the Wikipedia criticism site Wikipediocracy. “It’s really a ‘wait and see’ scenario—a true test of wills.”

For its part though, the Wikimedia Foundation seems interested in working out a solution to the VisualEditor debate without resorting to a direct override.

“We’re confident that we’ll be able to find a compromise that works for the majority of people,” said Wikipedia spokesperson Jay Walsh.

Speaking to the Daily Dot, Walsh defended the VisualEditor and the way it has been implemented. Though he admits the site has its glitches, he said they will never be ironed out without wide-scale beta testing—particularly on the kind of new users the site hopes to capture with this new interface.

For years, Wikipedia has been hemorrhaging users. Between 2006 and 2011, the site lost 15,000 English language editors—roughly 30 percent of the total number of editors it had operating at its peak. Inquires into the editorial decline have uncovered a number of causes, including the difficulty of the text-based editing interface. That’s why WMF made it one of their top priorities to revamp the editing process, making it more intuitive, like Tumblr or WordPress.

And although few editors will say attracting new users is a bad thing, they do believe VisualEditor was rushed to meet arbitrary deadlines. Kohs told the Daily Dot that the foundation was working on a “calendar-based mandate” rather than “an operational-based mandate of constructing a working editor that actually improves on the problem areas of the old editor.” Many of their complaints center around extreme lag times when editing larger articles, broken text, and the reintroduction of old programming bugs.

“As with all things Wikimedia, making a big change in a large and vocal community is always a complex challenge,” Walsh said.

As of Monday night, Kww’s patch was still in place.