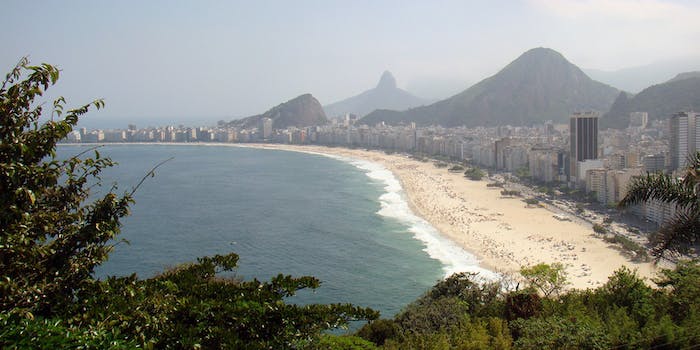 To anyone watching the World Cup telecasts, Copacabana Beach’s fan zone had been the tournament’s home base for images of humanity-reinforcing, diverse celebrations from soccer fans the world over. That is, until the fans quickly deserted the area, reportedly overrun with looters Tuesday night after and during Brazil’s lopsided semifinal loss to Germany in the semifinals.

According to The Telegraph, an Associated Press reporter witnessed dozens of folks snatching beach bags, mobile phones, and even ripping jewelry from people’s necks.

Reportedly, loud noises—either fireworks or gunshots, according to some rumors—startled fans, who then quickly fled while looters raided abandoned campsites. So far, there haven’t been any reports of deaths in the stampede, and Argentina fans had comfortably taken over the area today after the hometown heroes were ousted.

H/T The Telegraph | Photo via Rodrigo Soldon/Flickr via Photopin (CC BY 2.0)