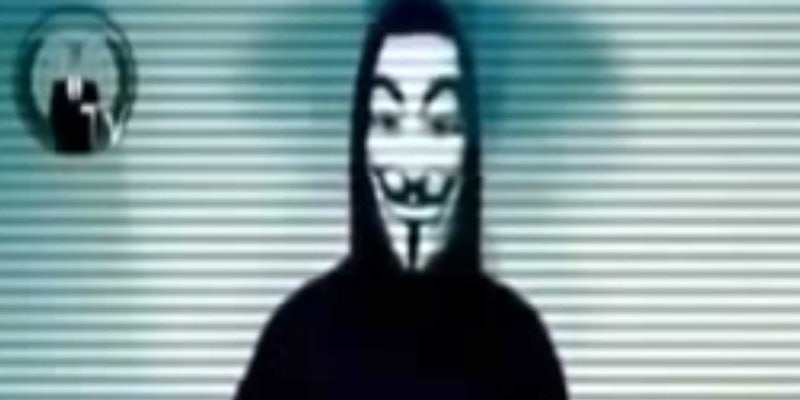 #OpIsraelReborn was timed to commemorate the 12th anniversary of 9/11.

Groups claiming affiliation with the online hacker collective Anonymous launched a coordinated assault on Israeli websites Wednesday in an action timed to commemorate the 12th anniversary of 9/11.

“Dear corrupt governments of the world, it has come to our attention that unfortunately we see on a regular basis our Palestinian brothers and sisters being treated unjustly,” said an unidentified spokesman in a video posted to YouTube earlier this month slamming Israeli leaders for the country’s settlement policy and treatment of Palestinian citizens. “If you will not bend to public opinion and rethink your political courses … Anonymous will attack where we think it will hurt the most in what is the only thing that dictates the action of world leaders: economics.”

Using the Twitter hashtag #OpIsraelReborn, a nod to a previous hacking offensive against the Jewish state earlier this year that coincided with Holocaust Remembrance Day, a coalition led by the group AnonGhost has called on sympathizers to take down or deface the website Israeli government agencies as well as businesses based in Israel.

“The special thing in it is that we gonna strikes [sic] this time some big central servers of Israels and it will harm them economically,” AnonGhost founder The Mauritania Attacker told the Hackers Post in a recent interview. “We are targeting Israel cyber because they didn’t understand yet that there is no state Called [sic] Israel it is Palestine.”

Middle Eastern tech site Arab Crunch noted that the website of Israel Defense was forced offline on Wednesday morning by a DDOS (denial of service) attack. The webpage Israel’s Ministry of Foreign Affairs was briefly brought down in a similar action, but was soon brought back online.

While AnonGhost took the lead, other groups carried out their own actions. For example, the website of Israel-based Saifan Precision Instruments was hacked by a group calling themselves the Indonesian Cyber Army. They replaced the company’s website with a page that blasted Queen’s “We Will Rock You” and advised the site’s administrator to “please patch your system.”

Similarly, Birthright Forum, a portal for young people taking Birthright trips, was also brought down and replaced with a page bearing information about the hack.

In total, AnonGhost claimed that over 400 websites had been either taken down or defaced in the operation.

The attack began in earnest over the weekend when AnonGhost posted a trove of credit card information for individual Israelis to a Pastebin account. Techworm reports that the addresses and passwords of some 165,000 Israel-based email accounts were also released online, although the authenticity of the email leak has been questioned.

In addition, hundreds of Israeli Internet users have reported slowdowns in their service that the government’s National Cyber Bureau confirmed to Haaretz are related to the online attacks.

Shlomo Eisenberg, an Israeli cyber intelligence expert told Haaretz that the original #OpIsrael attack, which was also publicized by AnonGhost, was neither as successful or as sophisticated as initially threatened. “AnonGhost’s high media presence attracts ‘Script Kiddies’—youths who use automatic tools to attack,” Eisenberg insisted, but warned that “these may be joined by programmers with better skills.”

#OpIsraelReborn is only the latest installment in a back-and-forth hacking contest between Internet denizens claiming to represent each side of the Israeli-Palestinian debate. Following the original #OpIsrael, a group of Israeli hackers countered with their own #OpIslam counteroffensive. AnonGhost responded with a similar attack, #OpIsraelReloaded in June.

Owing to the amorphous, non-hierarchical nature of Anonymous, it’s no surprise some of its associated hacktivists have spoken out against #OpIsrael. “This needs to be killed with fire,” tweeted Anonymous activist @blackplans, who called those participating in the operation “Jihadi interlopers” and noted that many Anonymous-affiliated groups haven’t been actively trumpeting their involvement.