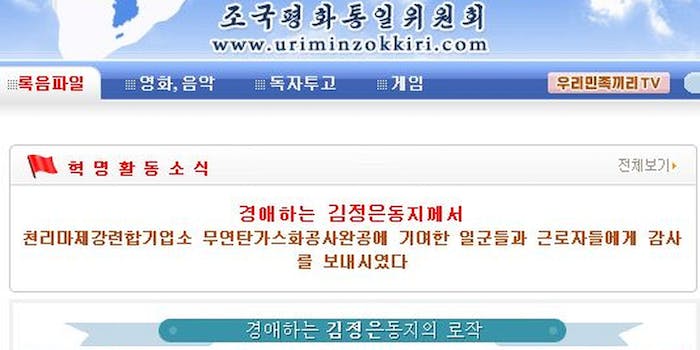 As proof, they posted details of six users, three of whom have Korean names and the other three Chinese.

A message posted on Pastebin with the sample users said:

North Korean government is increasingly becoming a threat to peace and freedom. Don’t misunderstand us: As well we disagree with the USA government too – these guys are crooks, USA is a threat to world peace too, and direct democracy (or any kind of democracy) doesn’t exist there. The American government is a target and enemy of Anonymous as well!

This is not about country vs country—This is about we, the people, the 99% (of USA and of North Korea) vs oppressing and violent regimes (like USA gov. and N.K. gov)! We, the people, are gathering together because we are stronger now and we won’t fight your wars anymore, we won’t eat your shit anymore!!!

The statement included a list of demands profoundly unlikely to be acceded to. It called for Kim Jong-un’s resignation and the institution of democracy.

The hackers’ claim to access to North Korean local intranets is unsupported.

Anonymous Korea also claims to have launched DDoS attacks against another half-dozen North Korea–related websites. However, pro-American hacker “The Jester” has also claimed responsibility, according to the Christian Science Monitor.