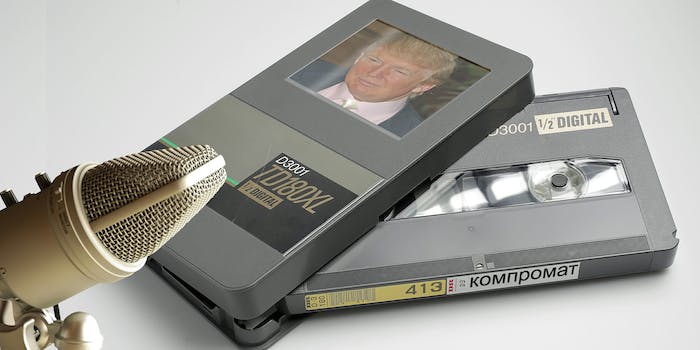 Ya’ll have Twitter? Are a third of your followers lifeless inactive bots?

If not, you’ve got at least one step up on President Donald Trump.

This week on We’re All Gonna Die, the Daily Dot politics team discusses the sexual assault allegations against former President George H.W. Bush, what’s going on within the Republican Party in light of Sen. Jeff Flake’s rousing speech on the Senate floor, the so-called “pee tape” and the latest news of the dossier that contains that, and how Trump’s supposedly large Twitter following isn’t as large as you might think.

The pod welcomes special guest Kharly Stauber, SocialRank’s head of content and accounts, to talk Trump’s Twitter as a supplement to the report we published earlier this week that shows at least 33 percent of @realDonaldTrump’s Twitter following is inactive users.