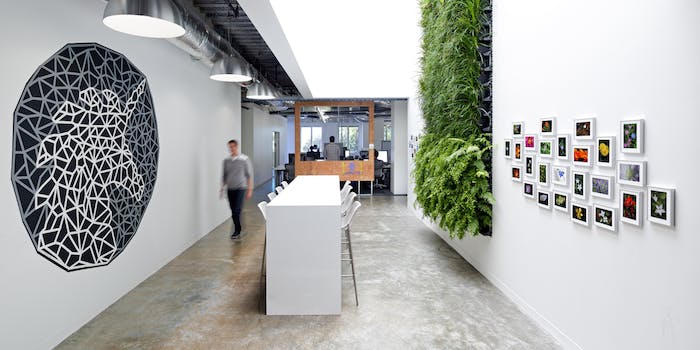 More than 100 Facebook employees have coalesced to form a group within the company called FB’ers for Political Diversity. According to the group, and an internal memo, the company has a problem with political diversity—specifically with tolerance of conservative views.

In the memo, titled “We Have a Problem With Political Diversity” and obtained by the New York Times, senior engineer Brian Amerige posits that Facebook is “a political monoculture that’s intolerant of different views.” More than 100 employees have now joined Amerige’s cause, which aims to create ideological diversity at the firm and represent different viewpoints.

Others at the company are upset by the group, saying that its online posts thus far have been insulting to minority employees. Some have filed complaints, but managers have said the group doesn’t appear to be breaking any internal Facebook regulations. Facebook has more than 25,000 employees, so only a small minority of Facebook’s staff belong to this group.

Last August, Google faced a similar conundrum when conservative employee James Damore posted a 10-page internal “anti-diversity” memo. In this case, Google found Damore’s views to be incongruent with company policy, and he was fired. CEO Sundar Pichai spoke out in favor of the importance of women in tech following the debacle. Damore filed an anti-discrimination lawsuit in January.

Facebook is largely seen as a liberal company, and in 2016, that came to a peak when a report suggested that the social network was burying conservative news from its trending topics section. Since then, Facebook and other social networks have fought public perception and conservative lawmakers to reassure these parties that they are not guilty of conservative bias. The issue was raised again this week when Trump tweeted that Google was guilty of bias against conservatives.

In the New York Times‘ report, some Facebook staffers feel that the company has swung too far to accommodate conservative personalities and viewpoints, however. They believe it has allowed hateful right-wing groups to exist on the site in spite of its content moderation policies.