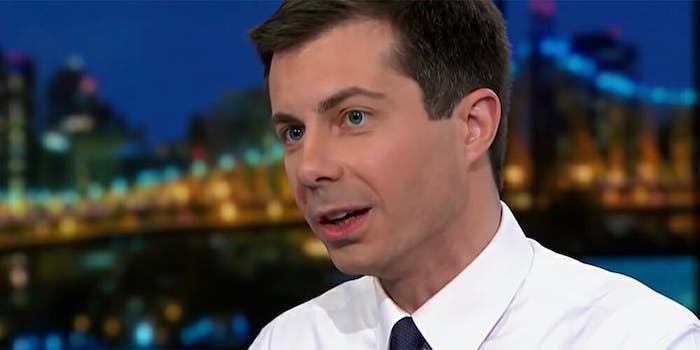 “Arrogant homosexuals seem to think that all of us want to know about when they ‘became aware of their sexuality’ and feel a need to announce it to the world. As if we care,” Boys writes. He goes on to show that he cares a lot about Buttigieg’s sex life.

“I don’t hate Pete or his lover or any other homosexual, but I will not give them a pass when they or others suggest that ‘gayness’ is not perversion, that it is normal, maybe even admirable,” he says.

And Boys is especially concerned that, because he’s gay, 37-year-old Buttigieg will die young.

“Voters should know that a homosexual president may not live to finish his term,” Boys writes.