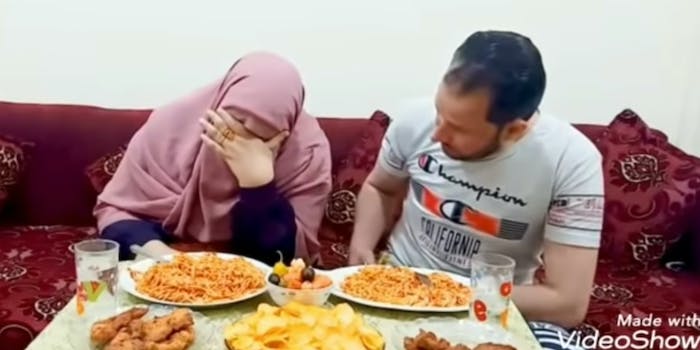 Popular YouTuber dies—exactly one year after faking death for video

In the year-old video, Umm Ziyad pretends to die in front of her husband and children while filming what appears to be a mukbang.

Ziyad, who ran the popular Diary of Umm Ziyad YouTube channel and was based in Egypt, reportedly died on Friday after faking her death for content exactly one year prior.

In a video from April 9, 2020, Ziyad pretends to die in front of her husband and children while filming what appears to be a mukbang (the video was reuploaded following her death). She, according to ARY News, wanted to see their reactions to her death.

She actually died on April 9, 2021, according to the outlet. Her brother, Hamdi, who is also a YouTuber, reportedly revealed her cause of death. He reportedly said she died from a lack of oxygen due to a geyser gas leak. According to Gulf News, Ziyad spoke about her suffering in a video posted days before her death. She reportedly confirmed that she did not have the coronavirus.

Ziyad had nearly 700,000 subscribers on her YouTube channel, where she documented interactions between her family members.