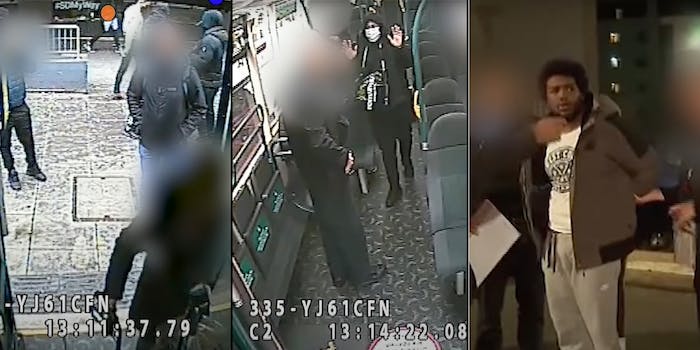 'Double the views on this song now [that he's] passed, people only pay attention when ur dead.'

Police released new video on Friday in connection with the killing of a musician building his reputation via YouTube, including video surveillance footage of some of the musician’s final moments alive, as well as arrests of two of the suspects in the case.

The case dates back to Oct. 12, when Keany Kissingou-Mabiala, who performed under the name Trapspot, was murdered in his Nottingham, United Kingdom hometown by an assailant with a sword. Kissingou-Mabiala, just 20 years old, was considered a prominent figure within the English’s city’s music scene.

As the BBC relayed in its June 4 coverage of 19-year-old Mazin Abdelmonim’s conviction in the case, presiding judge Stuart Rafferty noted that the murder was “like stabbing the city in the heart.”

“It happened brazenly and in broad daylight,” he observed. “You couldn’t have done it in a more central part of Nottingham.”

The murder, according to prosecutors and multiple news reports, happened with a weapon described as a “sword” that was both “fearsome” and “large.” Prosecutors contended that Abdelmonim stabbed Kissingou-Mabiala in the chest and abdomen with the weapon; the victim also suffered knife injuries to both hands trying to protect himself in the attack.

Kissingou-Mabiala took several steps following the attack before collapsing in front of a number of people in the public arena, and died at the scene despite emergency services being called to aid him.

Last Friday, coinciding with Abdelmonim’s conviction, Nottingham Police released a video compilation that included surveillance video of Kissingou-Mabiala in some of his final moments.

The other man arrested in the attack, Davarnay Parris, just 17 at the time of the murder, was not convicted of the crime. He was, however, given a two-year conditional discharge after admitting to possessing a bladed weapon and drug offenses unrelated to the crime.

The musician had recently released a music video, “Runners,” still up on the MixtapeMadness YouTube channel, with commenters mourning his passing and expressing dismay about how they saw his case unfolding—even after the conviction.

“Double the views on this song now [that he’s] passed, people only pay attention when ur dead,” another reflected.

Steve Wragg of Nottinghamshire Police, reflecting on the case, said, “Keany had his whole life ahead of him. He had a promising music career, he had dreams and aspirations. They were taken away from him when Abdelmonim attacked him out of the blue. It’s truly tragic that this happened and a man is going to pay the price for his reckless stupidity.”