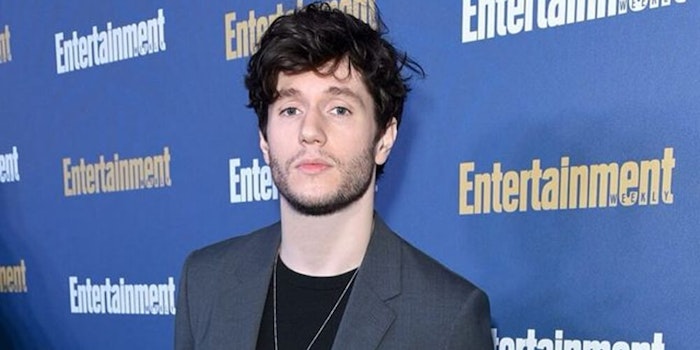 Actor James Scully recently addressed questions about the sexuality of his character, Forty Quinn, on the Netflix show You. And now curious fans can rest assured knowing Forty isn’t straight—“and never will be.”

The second season of the popular Netflix psychological thriller series, You, launched in December, introducing a new Los Angeles setting and new characters. One of them, Forty Quinn, quickly became a fan favorite as the twin brother of the main character’s love interest. Scully, an openly gay actor, has faced some questions from media and fans about the sexuality of his character, who has a relationship with a woman, reports PinkNews.

Last month, in an interview with Entertainment Tonight, Scully responded to the question of whether Forty was intended to be pansexual or sexually fluid, saying he actually asked the You writers about it after shooting a particularly intimate scene.

“She asked me what I thought. Again, he doesn’t have a regular relationship with sex anyway because his first sexual experience was date rape,” Scully explained. “But because he’s still craving affection, he uses sex as a tool a lot. I think Forty would have sex with whoever he decided he wanted to have sex with.”

Some fans either didn’t see that interview or wanted more clarity from Scully. During an Instagram Q&A over the weekend, a fan asked, “Since you’re queer, what made you guys decide that Forty would be straight?”

Scully answered the question in a way that makes his character’s queerness crystal clear: “We didn’t, and he wasn’t, and he is not and never will be.”