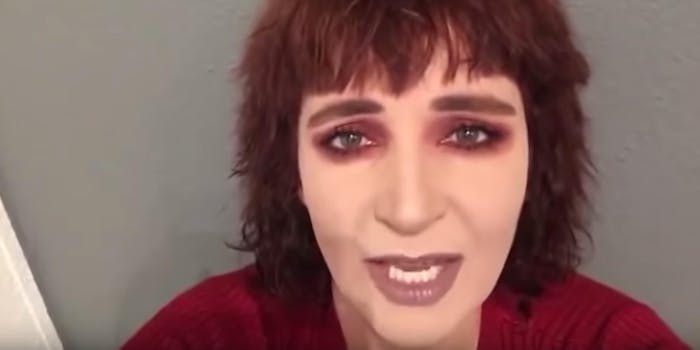 She refused an offer to view it alone.

The white woman who last year went viral for calling the cops on a Yale University student for napping while Black isn’t done with her tantrums.

Sarah Braasch, the Ph.D. candidate at Yale University, called the police in May 2018 because another student, Lolade Siyonbola, was napping in the common room. Cops showed up and, after arguing with Siyonbola about proof of her residence in the dorm, finally took her side and told Braasch that Siyonbola had every right to be there.

That hasn’t stopped Braasch from continuing to cry victim a year later. She testified on Monday at a Connecticut Freedom of Information Commission hearing and demanded that the cops involved release footage of the video that she says “exonerates” her, according to the Root.

The Yale Police Department declined her request but gave her the option to privately view it under their watch. Braasch refused to do so, arguing she wanted to watch the video on her own terms and make it public.

Law enforcement can’t release videos that don’t involve a crime and, especially since most of the footage shows law enforcement questioning Siyonbola, there are concerns that her rights would be compromised, according to the Root.

It’s not the first time Braasch has declared herself the victim of the situation. In a series of videos posted on her YouTube account in February, she explained a “comprehensive” account of what happened. In one video, she says the “narrative that was propagated around the world” about her anti-Blackness was a “a straight-up, bald faced lie.”

“The true overarching narrative is that a severely traumatized middle-aged woman with mental health disabilities who choose to live in probably the most remote, isolated dorm room in the hall of graduate studies, at the top of a tower no less, was being terrorized in her own home for months with the full knowledge of the Yale administration and the Yale campus police … who did absolutely nothing to help her,” she says.

But as other white people who have attributed mental health to their racist behavior have learned, it’s no excuse.