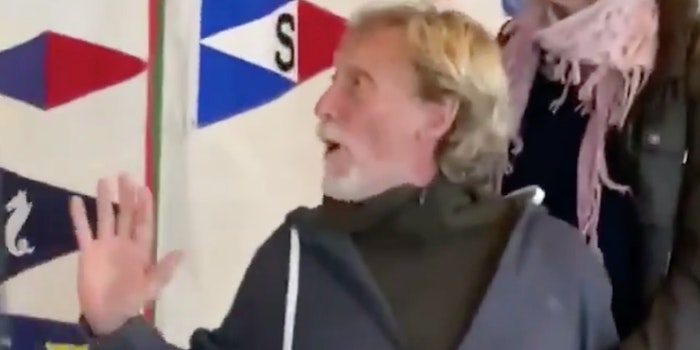 A video on Twitter shows a Brighton, U.K. man, dubbed “Yacht Club Karen,” berating the club management for having to wear a mask.