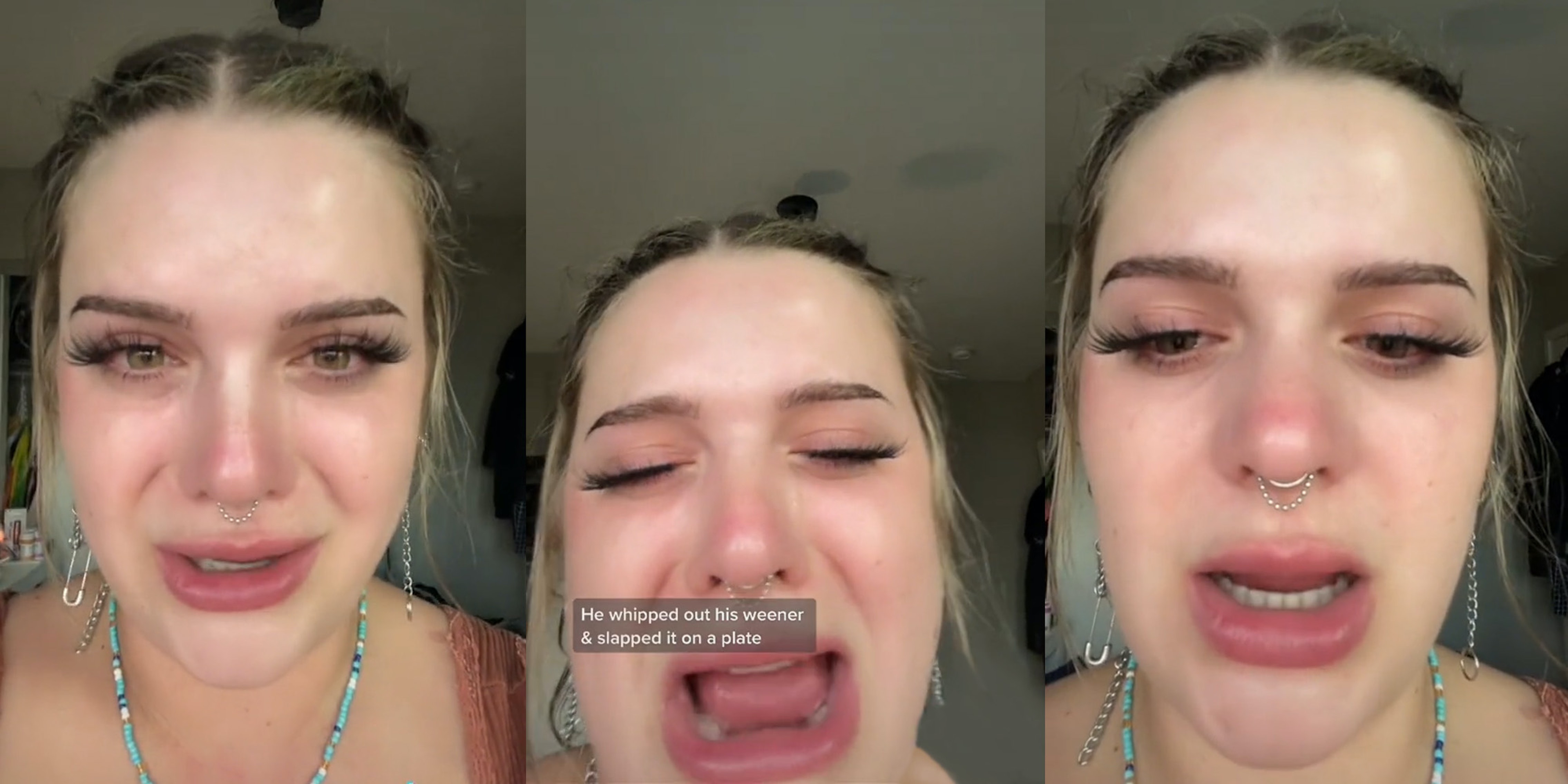 ‘Girl you left traumatized AND hungry’: Woman says date put his ‘wiener on a plate’ after inviting her over for dinner

A comedian says she experienced the “worst first date ever” after a man invited her over for dinner and proceeded to put his “wiener on a plate.”

Hope Schwing (@hope_schwing), who has nearly 10 million TikTok followers, tearfully recounts the alleged experience in a viral video on the platform. The video was viewed 25 million times in five days.

“So this guy invited me over for dinner … at his place,” Schwing begins.

Schwing says she was “excited” because she hadn’t eaten all day and asked him what he was making. “And he said ‘sausages,'” Schwing recalls. “And I’m like, ‘OK; that sounds pretty good.”

“He whipped out his wiener and slapped it on a plate” she says while both laughing and crying.

Viewers were torn on how they would feel if they were in Schwing’s place.

“How would you react in that situation- like- do you burst out laughing. Or call the cops,” one questioned.

“Girl you left traumatized AND hungry,” another said.

“JAW DROPPED GIRL ARE YOU OKAY,” a third asked Schwing.

In a newer video, Schwing says a man told her he “wanted to go motorboating” on their first date. “Thats fun; we can go fishing,” Schwing recalls thinking.

“Put his face in my boobs,” text overlay on the video reads, clarifying what Schwing’s date really meant.

It’s possible these videos are a bit as Schwing is a comedian—that’s at least what viewers are hoping, for her sake.

“I hope these r joke im getting more concerned,” one viewer said.

The Daily Dot reached out to Schwing via TikTok comment.