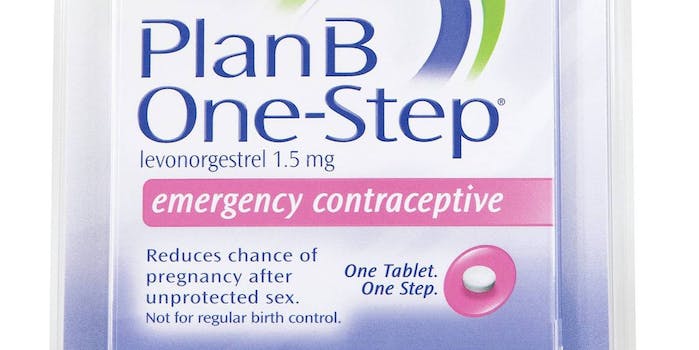 Once again, women are being forced to take their health into their own hands.

Under the American Care Act (aka Obamacare), birth control is widely available without co-pay. However, with Congress threatening to repeal the ACA, many women are scrambling to get IUDs and to figure out other ways to keep themselves from getting pregnant if they lose access to birth control. One of those ways is by stocking up on the morning-after pill—both for themselves and anyone else who needs it.

The “morning-after pill” is a pill containing the synthetic hormone levonorgestrel, brands of which include Plan B One Step, Next Level One Dose, and AfterPill. They usually cost between $25 and $75, can be purchased over the counter, online, or even through Seamless from some bodegas, and are to be taken up to 72 hours after unprotected sex to prevent pregnancy. They are not the same as an abortion pill, and will not affect you if you are already pregnant. Many people rely on them if a condom breaks, or if another form of birth control falls through, though others use them as their sole form of birth control.

But after the election, talk of the morning-after pill seemed to swell online. Women began circulating reminders that many morning-after pills are effective for four years—or the duration of a Trump presidency. That’s when many got the idea to begin collecting Plan B for the future.

Don't forget: You can order Plan B emergency contraceptive from @Amazon. Shelf life: 4 yrs. Who knows where our rights will be in that time.

Actual reminder on my phone. Plan B has a four year shelf life, it is availible over the counter. 14 days to Trump.

For Whitney Johnson, a thirtysomething in Seattle, the days after the election were immediately filled with conversations about reproductive health and birth control access. “Of course, part of that discussion included acknowledging that some people can’t use the implant or IUD and have to rely on other forms of birth control,” she told the Daily Dot. A friend of hers mentioned she was going to start stockpiling Plan B “just in case, because she can’t use hormonal birth control at all and is, rightfully, terrified of a potential future where an abortion isn’t an option.”

Caitlin, of New Jersey, told the Daily Dot she’s worried about getting long-term birth control, like an IUD, since she can’t guarantee she’ll have access to a doctor when the time comes to remove it. That’s why she began collecting Plan B. “I absolutely do not want to be pregnant in a country that’s as deeply hostile to women’s health—and healthcare in general—as the U.S. has shown itself to be right now, and this is one thing I can do to protect myself,” she told the Daily Dot over email.

Caitlin said she also began collecting the morning-after pill “because I want to know that it will be available if I, or someone close to me, needs it.”

Others have also started collecting the pill solely to give to people in need. Susan Mazur-Stommen, Principal and Founder of INDICIA, said she bought out the last four packs of Plan B from her local CVS in D.C. for younger women. “I’m thinking my son could have a girlfriend or someone else might be in need,” she told the Daily Dot.

A 27-year-old woman living in Washington, D.C., who we’ll call Elsa, says she has long-term birth control for herself, but many of her friends rely on ACA or can’t afford something like an IUD. “One of the first things I did on Nov. 10 was order several packs of Plan B so I’ll always have a few packs at my house for anyone who needs it,” she says.

Elsa said Plan B was important to her as a teenager, when she was still on her parents’ health insurance but was worried about them finding out she was sexually active. “I plan to regularly donate Plan B to women’s shelters and as many other places as needed in my community because I can afford it now, but it wasn’t that long ago when even if I desperately needed birth control or Plan B, I couldn’t afford it.”

While Plan B declined to comment on its sales numbers since the election, the morning-after pill remains easily accessible for now. However, it doesn’t mean it’s for everyone. Early studies suggested it’s not as effective for women over 176 pounds, and though more recent research say it is equally effective no matter one’s weight, many are still wary. The morning-after pill is also more effective the sooner it’s taken after sex. Also, no form of birth control is 100 percent effective.

But what those collecting the morning-after pill now hope to provide are options. While many are pushing the idea of getting an IUD before ACA is repealed, the fact is IUDs are not a one-size-fits-all contraceptive method either. They come with side effects the same as any other form of birth control, and they just won’t work with every body.

Johnson says hoarding Plan B feels like “a bonkers prepper thing to do,” but stockpiling the morning-after pill is another example of how women are regularly forced to organize among themselves in the face of politicians who are hostile toward women’s health. Whether it’s by doling out birth control, opening their homes to women who have to travel for abortions, or providing things like tampons to homeless shelters who don’t treat feminine products as the necessities they are, women pick up the slack. Because no one else is stepping up.