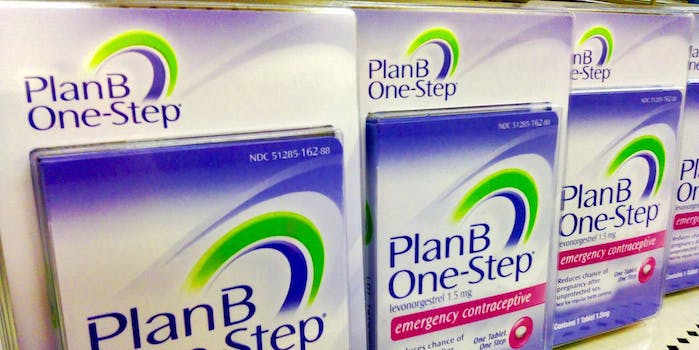 The height of convenience.

In the wake of the election, many have been scrambling to get their birth control in order with the threat of 30 million people losing their health insurance if Obamacare is repealed. Planned Parenthood has reported an uptick in requests for IUDs, and lots of people have been stocking up on Plan B, the over-the-counter emergency contraception. But if you live in the delivery zone of Corner Grocer in Manhattan, you can just get it delivered. 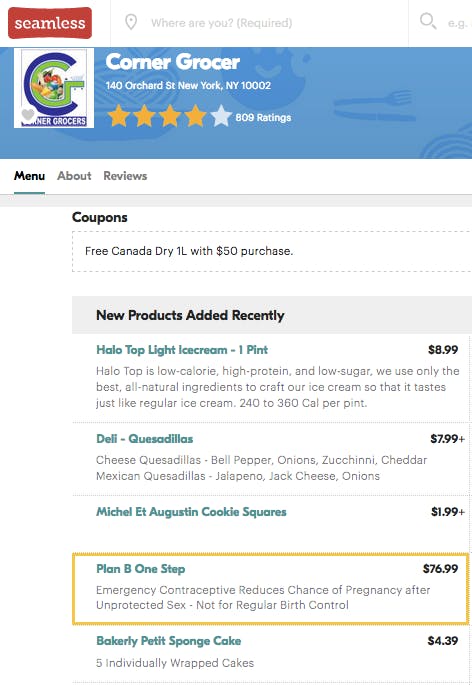 One user pointed out on Reddit that they could order Plan B on Seamless, though of course, since it’s New York City, the price is jacked up to $77 when you can get it at Target for $50 and the generic version on Amazon for $25. Still, what’s a few dollars for the luxury of having someone deliver birth control with your coffee and bacon, egg, and cheese? The post appears to be a few months old, but with the incoming administration, it has renewed urgency.

A manager at Corner Grocer, who didn’t give his name, said that in the months they’ve carried Plan B, they’ve had “around 15 to 20” sales for the pill, both on Seamless and in the store. “We’re selling it too much,” he said. We’re guessing it’ll get even more popular in 2017.