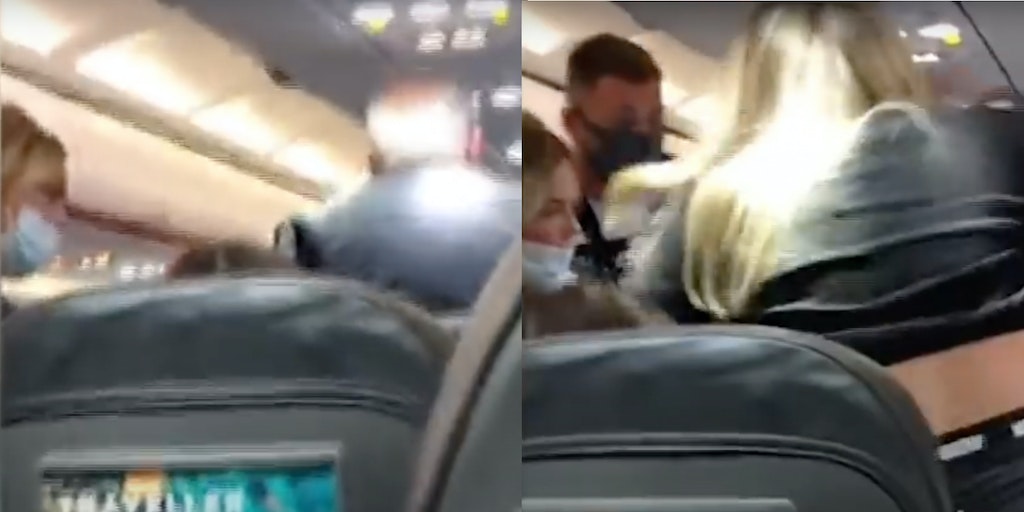 A video shows the man calling his wife an 'imbecile' before she strikes him across the face.

An EasyJet passenger refusing to wear a face mask got slapped by his wife after he got argumentative with several other passengers on the flight.