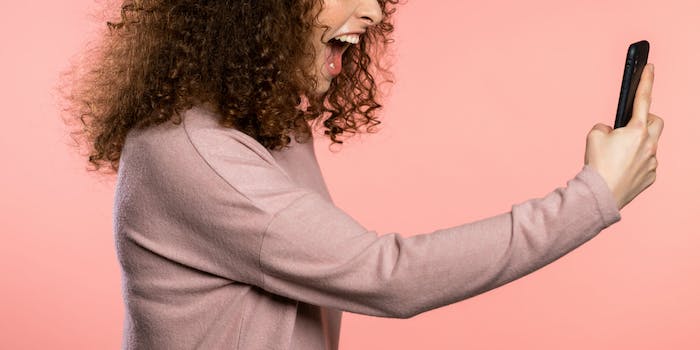 She was arrested instead.

A 36-year-old Ohio woman was arrested earlier this week for repeatedly calling 911 to tell police that her parents had removed her from their cellphone plan, Cleveland’s local ABC affiliate reports.

Daily Mail reports that the woman, Seloni Khetarpal, is now facing a fourth-degree felony charge. Khetarpal was arrested on Feb. 13 by Massillon police after making multiple calls to authorities at the Regional Emergency Dispatch Center—even after she was told to only call for legitimate reasons.

The first time she called, the police told her not to call again. She reportedly ignored their request and called again hours later.

According to court documents obtained by Cleveland’s local ABC affiliate, Khetarpal was “belligerent” and said she thought having her cell service turned off was a valid issue.

Records also claim Khetarpal “repeatedly” called the dispatch center asking the police to come to her home because her parents were removing her from the plan they pay for. Complex reports that Khetarpal is a licensed real estate salesperson.

It’s unclear at this time why Khetarpal’s parents decided to stop paying for her phone plan, but she was released on a $2,500 bond.

Her preliminary hearing is scheduled for Feb. 27.