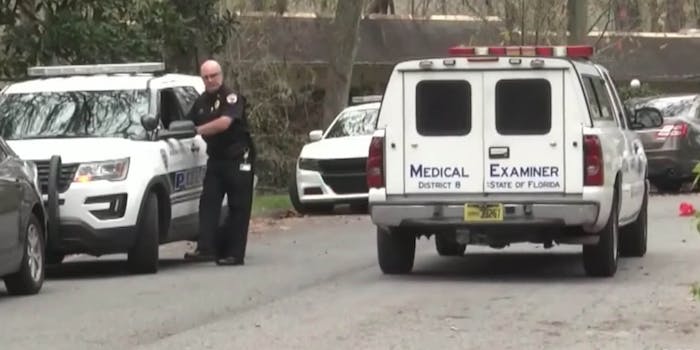 Jar of human tongues found in Florida has people shook

'I only read ‘jars of human tongues’ and I knew it was Florida.'

A Florida man got the shock of his life on Monday when he unearthed a jar full of preserved human tongues from a crawl space underneath a house.

After making the discovery, he called 911.

Despite the serial killer potential here, the reason for the tongues turned out to be much more mundane. The tongues, which were preserved in a jar, belonged to Ronald Baughman, an oral pathology professor. The crawl space is in his ex-wife’s house, which provided the perfect climate-controlled space he needed to store the tongues.

When Baughman and his wife got a divorce 50 years ago, he forgot to grab the tongues from what was once their shared home. While his wife was once aware of the tongues’ presence, she too eventually forgot about them. This created the perfect horror movie set-up for the unfortunate soul who was tasked with renovating the home.

While storing these kinds of remains, known as wet samples, in your home was perfectly legal back in the ’50s and ’60s, there are now state and federal laws prohibiting it. It’s also generally considered bad practice in academia, too. A University of Florida spokesperson told WCJD that “It would be neither appropriate or legal for a faculty member or researcher to bring something like that home.”

The specimen-collecting population of Gainesville, Florida, hasn’t seemed to get the memo, however. Local police said this kind of find isn’t uncommon in the area.

While an investigation is ongoing, police said they don’t believe any criminal activity took place.

The story did churn out an endless amount of “Florida Man” and “cat got your tongue” jokes, though.