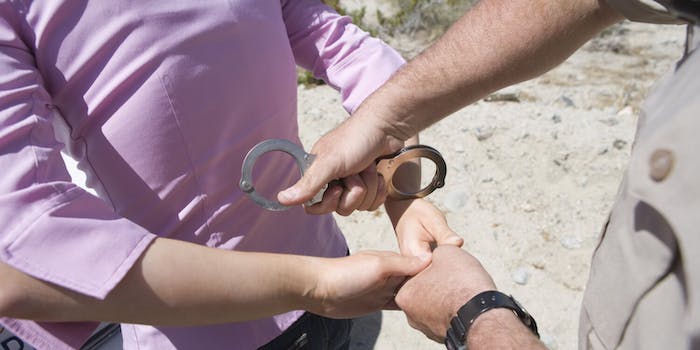 Police say woman claimed to have coronavirus, threatened to cough on officer

She was arrested after threatening the officer.

A woman was arrested in Los Angeles after she claimed to have the coronavirus and threatened to cough on a police officer, TMZ reports.

The officer approached the woman, who has not been identified, in a traffic stop because she parked her car in a handicap spot without a proper place card.

TMZ reports that the woman was “combative” with the officer and threatened to cough on him and pass the coronavirus.

The officer arrested her for felony criminal threats and, per TMZ, “washed up after.”

The Los Angeles Police Department announced Monday that it will be closing down its front desk operations due to the coronavirus. The department also announced that it will put half of its detectives on street patrol.

According to the Washington Post, about 4,450 coronavirus cases have been reported in the U.S. As of Monday evening, officials reported 18 people dead, increasing the nationwide total to 85.

The Daily Dot reached out to LAPD but did not receive comment by publication time.