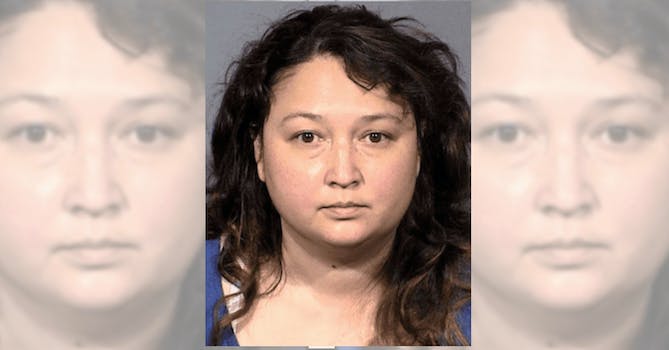 The stream led her to being charged.

A Las Vegas woman is being accused of murdering her husband while he was participating in a live chat with an acquaintance. Though she told investigators that her husband may have accidentally shot himself while cleaning his gun, the man’s participation in the chat, combined with other factors in the investigation, led to her being charged with the killing.

Emily Ikuta, 37, is facing open murder charges, according to a statement from the Las Vegas Metropolitan Police Department, following an investigation initiated when police reported to their home on March 22.

Ikuta’s husband, 36-year-old Jourell Ng, died of a gunshot wound that Ikuta depicted as an accident. According to the Las Vegas Review-Journal‘s account, Ikuta called 911 shortly after the shooting, told arriving police “she had returned home from walking her dog when she found Ng face down, collapsed on the floor,” asserting that he’d been shot and was struggling to breathe.

Later, she told investigators “when she discovered her husband on the floor, she’d picked up a gun she found near the body and locked it in a closet,” and surmised that he may have accidentally shot himself while cleaning that gun. The gun was recovered by the police officers who responded to the March 22 dispatch.

But police discounted Ikuta’s version of the events, noting in part, “Below the body of (Ng) there was no large pooling of blood that was expected had (Ng) been found face down, as Ikuta stated she had found him.” Investigators also noted the trajectory of the bullet, inconsistent with how Ng would have accidentally shot himself if cleaning a gun.

“The cleaning mat used was rolled up on the second shelf along with the cleaning tools, solvents and gun oil,” police reported.

Then, there’s the matter of the “witness” on the other end of Ng’s live chat call.

That person contacted detectives following the shooting, reporting on being online with Ng, hearing what police wrote was a “dog barking in the background of the call, prior to hearing a slapping noise they believed was a gunshot.”

The acquaintance then heard a yelping, followed by silence, according to the report.

Ikuta was detained at the Clark County Detention Center following her arrest, and awaits an April 8 preliminary hearing.