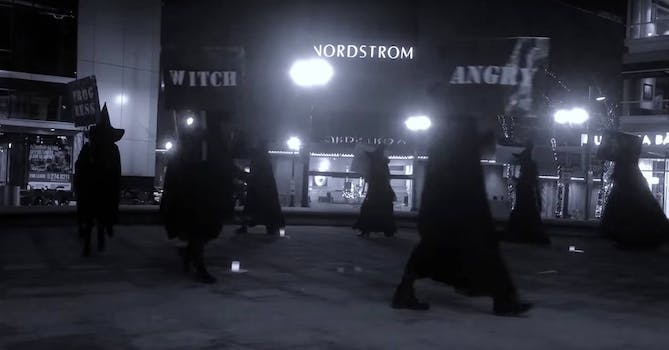 W.I.T.C.H. rises again to take on the patriarchy, white supremacy, and more

Welcome to the Women’s International Terrorist Conspiracy from Hell.

The first week and a half of Trump’s administration has resulted in a radicalization of the left, with protests happening nearly every day and representatives struggling to empty their voicemails. Millions of Americans are tapping into the long history of protest and civil unrest to fight against Trump’s unconstitutional executive orders, among other things.

One of our favorite photos of us from the #womensmarchpdx pic.twitter.com/oelwRpU5w0

Originally founded in 1968, the Women’s International Terrorist Conspiracy from Hell (the acronym was changed based on the protest, such as the Women’s International Troublemakers Conspiracy from Hell or Woman Imagining Theoretically Creative Happenings) is a group that argued women should fight not just to dismantle the patriarchy, but a number of left-wing causes. They dressed as witches, passed out leaflets and protested in the streets, “hexing” institutions of power.

After fading away in the 1970s, W.I.T.C.H. is now back in Portland, Oregon, with an anonymous group using the name to fight white supremacy, sexism, racism, and capitalism, among other issues. “We pick back up the mantle of our forebears and adapt their purpose and spirit to the modern era. For us, that means retaining their desire to dismantle the patriarchy and fight for justice using the symbol and innate power of the witch, while being inclusive to all genders and centering intersectionality and anti-oppression as our core values,” it writes on its website.

The organization is anonymous and encourages others to begin branches in their cities as long as they uphold their core values. So don’t be surprised if you see a group of witches at the next protest. And remember, anyone can hex.