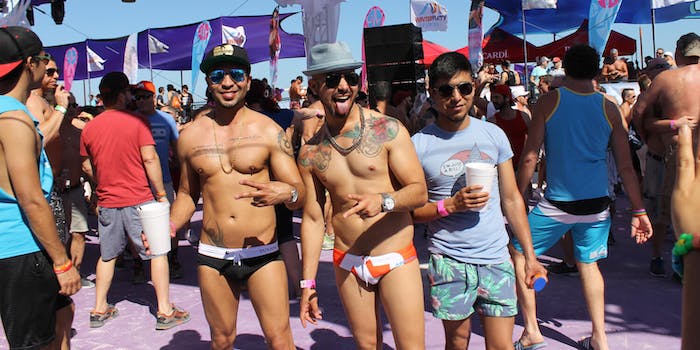 The Winter Party Festival is an annual fundraiser in Florida.

A guest of the Winter Party Festival, an annual LGBTQ fundraiser, in Florida has tested positive for coronavirus, according to festival officials.

The Winter Party Festival, which took place in Miami Beach, Florida, from March 4-10, announced via Instagram on Sunday that the guest tested positive last week but did not show symptoms during the festival.

The festival—which involves dancing, music, and beach parties—raises funds for the LGBTQ community.

One Twitter user shared a tweet with Winter Party’s announcement and said it could put at risk “anyone who’s been in a gay bar in the last week.” The user also claimed more than one person had tested positive.

Another user responded to the tweet saying they had symptoms and got tested and that their friend tested positive for the virus.

The Winter Party Festival did not immediately respond to the Daily Dot’s request for comment.

According to its website, this was the 27th annual festival and involved 80 organizations. Out magazine reports that the festival usually hosts about 10,000 participants, and this year’s festival was sold out.

Florida has the fifth-highest number of cases of coronavirus in the U.S. It was the first state out of the West Coast to report deaths.  The festival took place weeks before President Donald Trump declared a national emergency over the virus and the World Health Organization declared it a pandemic. The WHO, however, announced the coronavirus to a global emergency in January.