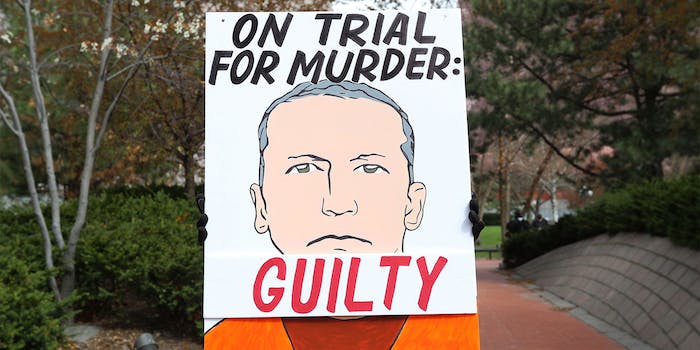 Superintendent Randall Booker called it a 'poor choice of words.'

Following the conviction of Derek Chauvin in the murder of George Floyd in Minneapolis, an alleged email from Piedmont Unified School District teachers in Alameda County went out informing of a “white student support circle.” The screenshot of the email went viral on TikTok.

The 46-year-old Floyd, a Black man, died in police custody last May, after Chauvin, a former Minneapolis police officer, put his knee on Floyd’s neck and torso for nearly 10 minutes. Chauvin was found guilty on all three counts against him.

Posted by @sueyd_, a student in the district, email from a district staff member to students informing them of an April 29 “White Student Support Circle” in an effort “to support White students who would like to discuss how the trial, verdict, and experiences related to the George Floyd murder are impacting you.”

The incredulous student runs down the contents of the email and asks viewers to “make it go viral.”

According to the Sacramento Bee and KRON4, Superintendent Randall Booker issued a statement on Saturday, calling the phrase “white student support group” a “poor choice of words” that “led to the perception that White students needed the same kind of ‘support’ as our BIPOC students.” He believes the email’s intent was in the right place.

“Students of all racial backgrounds rightfully pushed back on that idea,” Booker said. “We agree, and we want to affirm in the strongest terms that our commitment is to give all students a place to express their feelings and to learn how to engage in important issues.”

Booker continued: “The intent of a circle for White allies is to discuss how to be a better ally in the pursuit of racial justice. Additionally, we are planning to offer circles open to all in order to give students of different backgrounds a chance to process together.”

@sueyd_ subsequently posted a screenshot of what appears to be an apology email to students and parents regarding the “white student support circle.” It read: “Our intention in providing a separate meeting space with white students is to teach what it means to be an ally. It was not to provide a space to process because the institutions that are controlled and designed by white people are the ones causing harm.”

The teenager called it the “worst apology I’ve ever seen in my life.” Not only that, he posted a direct message from what appears to be another student concurring the sentiment.