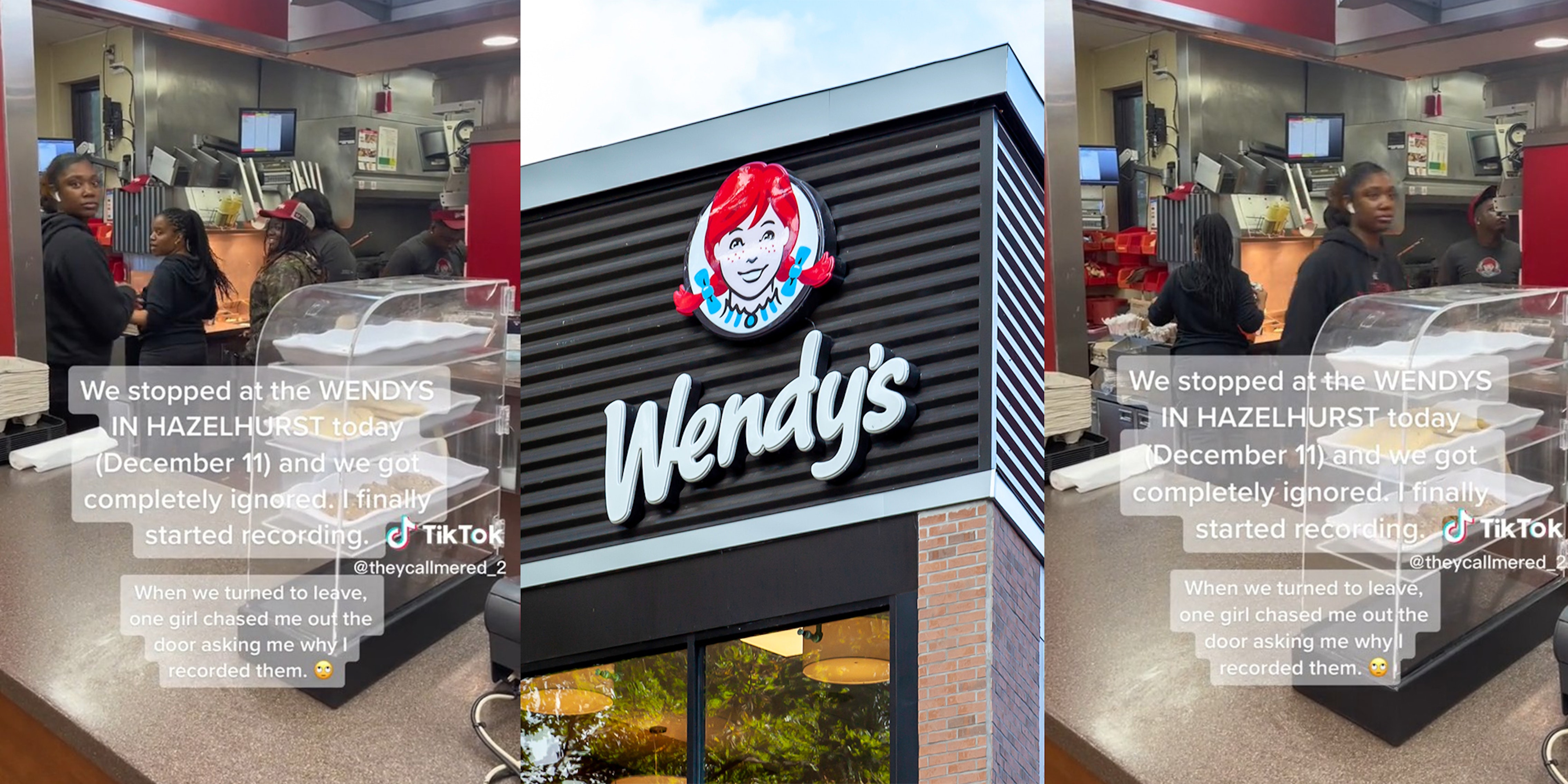 ‘Non existent customer service’: Wendy’s customer films employees ignoring her while she stands at the counter

'I would send the video to corporate.'

A customer filmed several Wendy’s workers seemingly ignoring her while she stood at the counter. Some of the workers made eye contact with the camera, indicating they became aware they were being filmed.

TikToker @theycallmered_2 filmed and posted the video. She claimed in the text overlay of the video that one of the workers “chased” her “out the door” to question why the TikToker recorded the employees.

There are five workers in the video, and they all appear to be busy with other tasks, like preparing an order for another customer. Several laugh and talk with each other.

The video was viewed over 3 million times, with the top comment urging her to “send the video to corporate.”

The TikToker made a reference to “fight for $15,” in her caption, saying, “Non existent customer service and they want $15 hour.” “Fight for $15” is the movement to bring the fast-food minimum wage up to $15 an hour across the U.S. Efforts to do this started a decade ago, according to Quartz, but that number is now outdated due to inflation and labor shortages.

In a Zenput blog, a Wendy’s manager claimed “each shift will have between eight and 11 employees working at a given time.” So it is possible the location @theycallmered_2 filmed was understaffed at the time—an issue affecting many fast-food establishments, including Wendy’s, across the U.S.

The Daily Dot reached out to @theycallmered_2 via email and TikTok comment as well as to Wendy’s via press email regarding this incident.