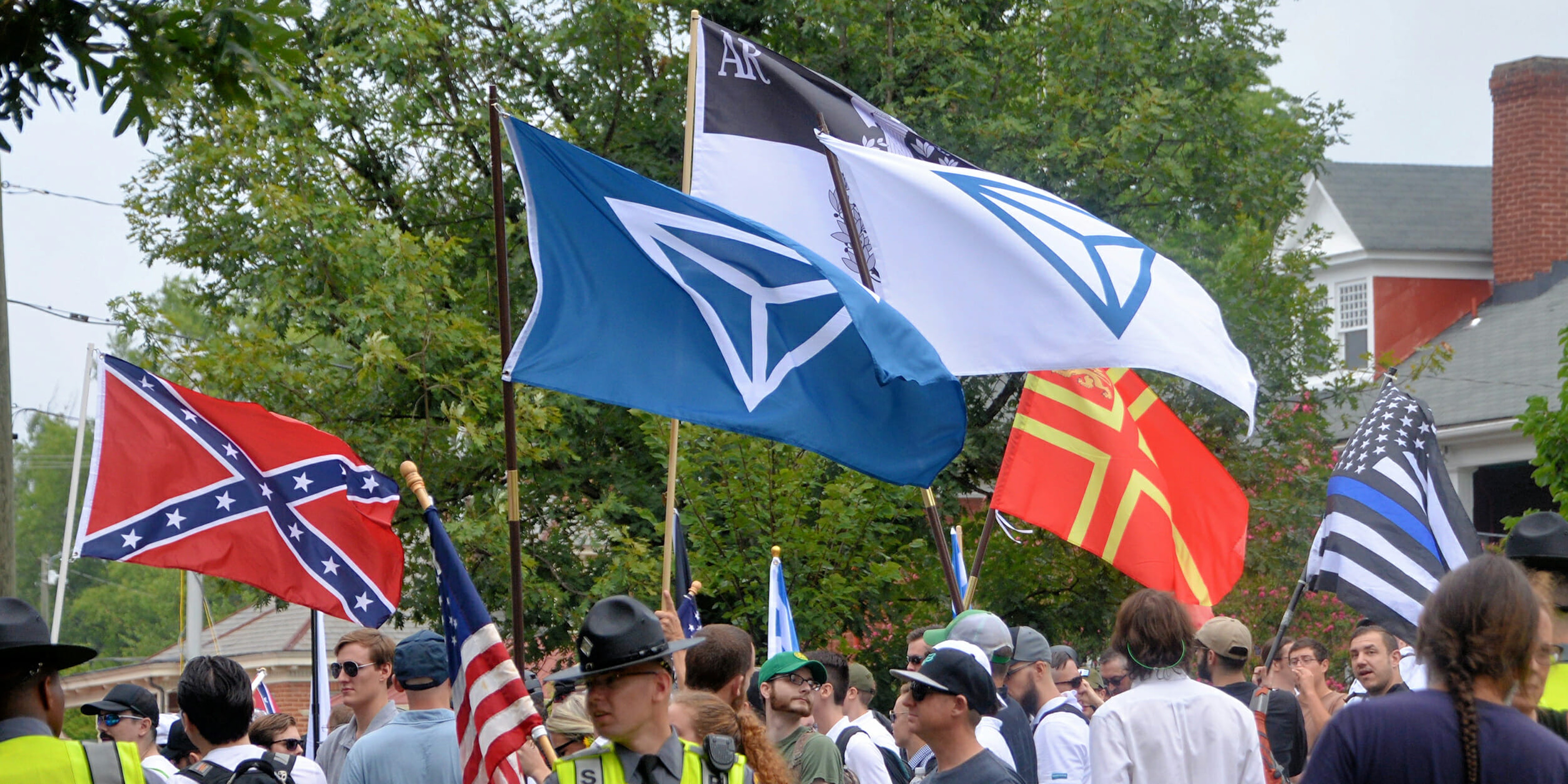 Organizers say this isn't a white nationalist rally, but it sure sounds like one.

One month after a visit from far-right extremist Gavin McInnes turned violent in New York City, another right-wing group has planned a controversial demonstration in Philadelphia.

Organizers of Saturday’s “We the People” rally insist the event has nothing to do with McInnes’ Proud Boys—a neo-conservative group that promotes “western chauvinism” and nationalist rhetoric, even if it ostensibly disavows alt-right associations—but says it’s simply an opportunity for President Donald Trump’s supporters to exercise their right to free speech.

“We the people have been silenced for too long. It is far beyond time to make a stand and let our voices be heard,” the event description continues. “Too many times our voices are drowned out by the voices on the left. We need to be louder, we need to be stronger. We will let them know that their violent tactics will not keep us down or scare us away! The Silent Majority must make a stand now!!! This is our time!! This is our day.”

With newly released FBI data showing a spike in hate crimes for the third year running, a president who openly calls himself a nationalist, and a brutal right-wing muscle flex barely in the rearview, news of another large-scale Trump march in another major city feels ominous at best. Here’s what you need to know.

‘We the People’ sure sounds like a white nationalist rally. Is it?

Eagle-eyed readers will likely have alarm bells ringing in their heads right about now: The Anti-Defamation League identifies the Three Percenters as “an anti-government extremist movement” who draw their name from an obscure statistic about the percentage of colonist participation in Revolutionary War combat. The group denies being a militia, however striking the resemblance, and is rabidly pro-gun, aggressively xenophobic, and inherently nationalist in sentiment. And that’s the subtext of pretty much every adjective mentioned in the event invitation.

Yet Zach Rehl, who runs the group, insisted in an interview with Philly.com that this would not be a Proud Boys-style mob scene. “We’re not interested in having any racist groups there, and if we find them, we’re going to remove them from the event,” Rehl said. “Philadelphia is a tough city, and we want to let them know there’s people here with different opinions. There’s people who love the Constitution and people who don’t.”

And indeed, the Facebook page toes that same line, noting that the organizers “do not condone the use of violence by any party at this event,” and that “any violence, racism, or display of hate by any group or individual is extremely prohibited. Any group or party violating these conditions will be removed from this event immediately.” To me, that proviso sounds equal parts Trumpian and obligatory: As Rewire notes, Rehl’s previous rallies in support of the president have attracted participants decked out in alt-right paraphernalia, and Sports, Beer, and Politics has previously hosted Blue Lives Matter events intended to directly contradict the notion that Black Lives Matter.

Are the Proud Boys going?

Rehl told Philadelphia’s WHYY that Proud Boys had “expressed interest” in attending the Nov. 17 gathering, before waving away the question. “Last I’ve heard, they were told to stand down due to recent events in New York,” he told the station. “I’m not aware if any at all will be there.” Which, again, is the kind of things one must say publicly in order to avoid legal trouble, an absolve oneself from the actions of a known hate group. Holly Delcampo, who has been running communications for the event, has been helping interested, out-of-state parties plan their travel—and as Rewire reports, that includes Proud Boy Alan Swinney. Also looking to get a “good group” together for “We the People,” according to Rewire? Robert Gaus, co-founder of Keystone United (formerly the Keystone State Skinheads), a Pennsylvania white supremacist outfit.

So, officially, they are not invited. In reality, it seems like most signs lean toward an audience composed of various alt-right, racist groups—Proud Boys probably included.

Surely, there will be a counterprotest to ‘We the People’?

Indeed. The Pushback Campaign, a cohort of anti-fascist and social justice groups that, according to Rewire, originally linked the Proud Boys to the rally, has a “No White Supremacists in Philly” rally scheduled for Saturday morning. This will be followed by a “Stand Against the ‘Proud Boys’” event—same time, same place as “We the People,” at 11am. Additionally, activists hit the National Park Service with a petition asking that officials please stop the “We the People” rally.

“We the people—im/migrants, people of color, LGBTQ folks, women, Muslims, Jews, and all the workers who oppose racism and bigotry—say NO to the planned gathering of white supremacist and alt-right forces in Philadelphia on November 17,” it reads, demanding that the city and Park Service rescind the rally’s permits and issue a statement in support of groups recently targeted by white supremacists and alt-right figures, and their rhetoric. (At the time of writing, the petition had nearly 1,000 signatures.)

Mayor Jim Kenney, whose Twitter accounts are both conspicuously absent of language denouncing the “We the People” rally, distanced himself from it in a statement his spokesperson gave to WHYY. “While protests are legal and protected as a form of free speech, ethnic intimidation and violence are never tolerated,” Kenney spokeswoman Deana Gamble said. “The mayor strongly condemns any expression of white supremacy, racism, anti-Semitism, and hatred of all forms in our city.”

Still, the Charlottesville undertones won’t be lost on anyone. Perhaps it’s time for something stronger than a statement.