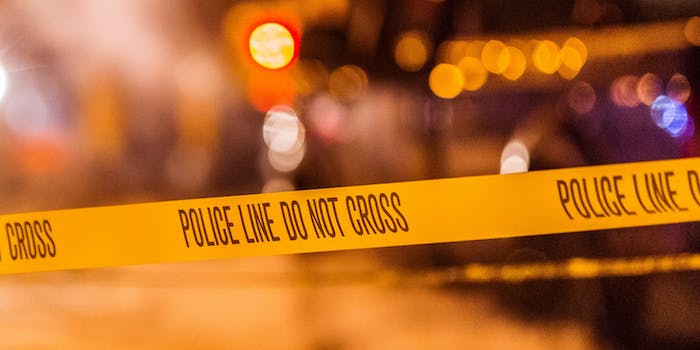 One could argue the hate starts at the top.

Hate crimes rose by 17 percent in the U.S. during 2017, marking an increase for the third year in a row, according to the Washington Post.

The data comes from a new FBI report that reveals over 7,000 hate crimes with over 8,000 victims were reported to law enforcement in 2017. Among those cases, three out of every five were focused on the victim’s race or ethnicity, whereas one-fifth targeted their religion. Jewish Americans were targeted in 938 crimes, while 2,013 hate crimes were against Black Americans. Over 4,000 cases involved crimes against individuals, ranging from harassment to assault.

The report also revealed that anti-Semitic hate crimes skyrocketed by 37 percent last year, which is a frightening statistic in the wake of last month’s Pittsburgh synagogue shooting that left 11 dead.

As soon as the report reached Twitter, users collectively pointed to the reason for the rise in hate crimes: President Donald Trump. Trump is notorious for using dog whistles to rile up his base, and he has a history with giving a pass to the actions of white supremacists and fascists. With Trump signaling the all-clear for racism, Twitter users think the surge in hate crimes is the end result of Trump endorsing bigotry.

I'm sure it's a coincidence. https://t.co/mQ4WcAFZKn

No! Really?! Who could’ve ever imagined! pic.twitter.com/DyFbPrmXeq

Others pointed out that the increase in hate crimes isn’t the full picture. As ProPublica reported last year, many police departments outright refuse to report hate crimes to the FBI, while others simply state that no hate crimes took place in their jurisdiction. For instance, the Arab American Institute pointed out that the Charlottesville Police Department reported zero hate crimes during the time period in which the Charlottesville “Unite the Right” rally took place, despite the fact that activist Heather Heyer was killed by a right-wing participant at the event. It’s incredibly likely we’re only seeing a small portion of the larger issue with hate crime growth.

The data is here: https://t.co/B9sBrqygsx

ProPublica’s @schwanksta's excellent work explaining why the data is so flawed is here: https://t.co/eMfmxgKsBQ https://t.co/sKQJkUxI9G

1/ According to the FBI, the Charlottesville Police Department reported zero hate crimes between Jul. and Sept. of 2017, thereby omitting the Aug. 12 killing of Heather Heyer, not to mention countless other hate crimes in Charlottesville that weekend. https://t.co/v1dw0UqnyS

"Unfortunately, the FBI data are probably the best indicators of hate crime that we have,” said Jack Levin, a criminologist at the Brudnick Center on Violence and Conflict at Northeastern University. “I say unfortunately because they are not very good." https://t.co/tYKKv4CKZr

Bureau of Justice Statistics estimates Americans experienced an avg of 250,000 hate crimes annually. According to the FBI’s 23 years of data there are only 207,769 victims of hate crime, something is amiss

And this data is also based on massive under reporting, due to a number of reasons, mostly local LEO’s choosing not to, and hate crime legislation being written as to make it basically impossible to prosecute in many places. https://t.co/XcDvkzDKsD

With hate crimes and racist rhetoric on the rise, social media is starting to crack down on the far-right. The Proud Boys, a right-wing hate group founded by Vice co-founder Gavin McInnes, was banned from Twitter and Facebook this year, as was right-wing conspiracy theory organization InfoWars. For now, it remains unclear if these bans will lead to a long-term decline for both organizations.