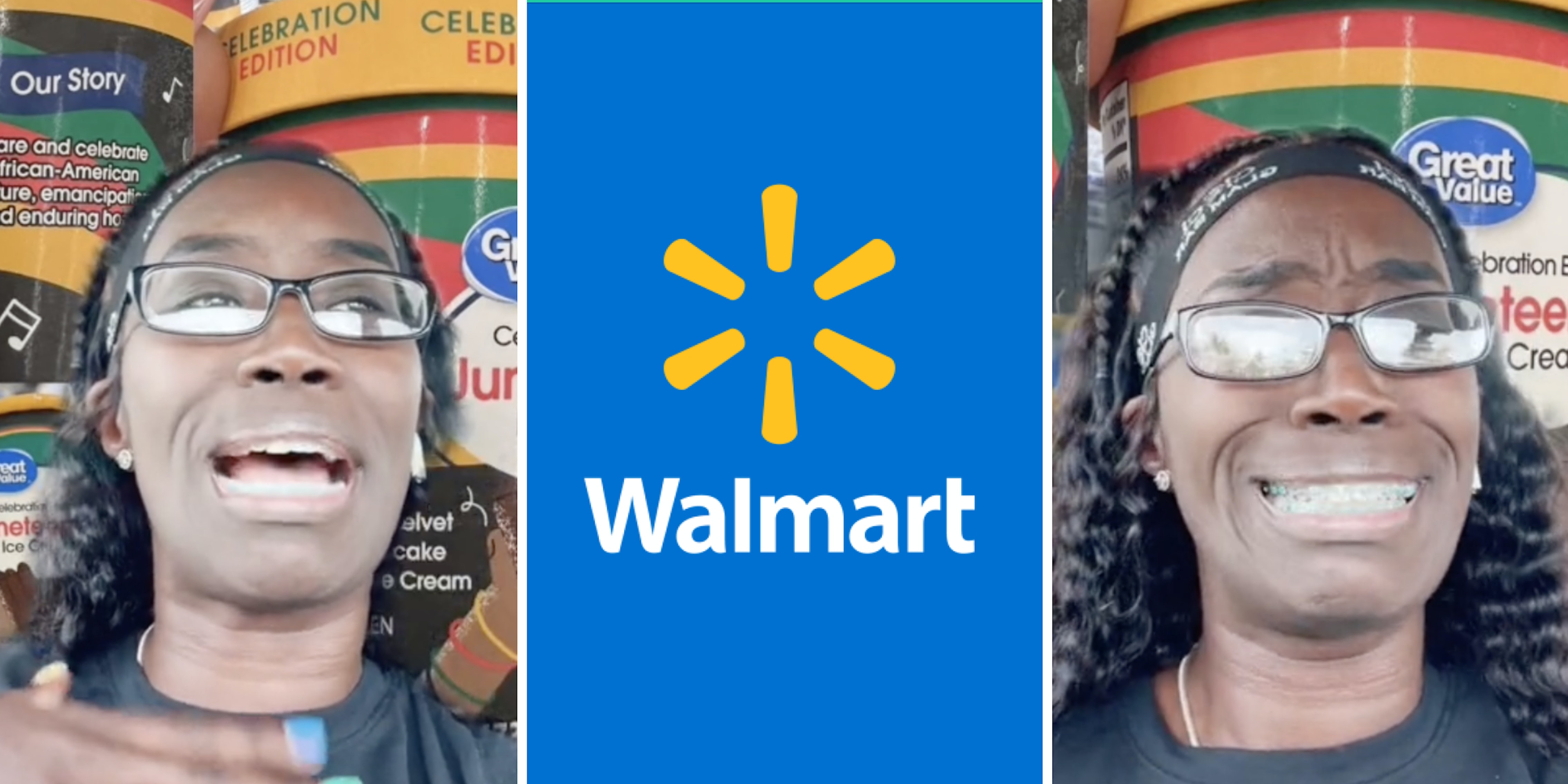 ‘This is a marketing strategy’: Walmart under fire for commercialized Juneteenth products

'My cholesterol telling me it's a marketing strategy'

The ice cream is part of Walmart’s “Celebration Edition” of products honoring Juneteenth, a federal holiday on June 19 recognizing the end of slavery and celebrating Black culture. Many social media users are calling out the company, saying the ice cream is tone-deaf and inappropriate.

Walmart has since pulled the Juneteenth-themed products, according to CNN.

“Juneteenth holiday marks a celebration of freedom and independence,” a Walmart spokesperson said in a statement reported by CNN. “However, we received feedback that a few items caused concern for some of our customers and we sincerely apologize. We are reviewing our assortment and will remove items as appropriate.”

Photos of the ice cream shared on TikTok and other social media platforms show the container featuring red, yellow, and green designs, mimicking the colors of the pan-African movement. The label says, “Share and celebrate African-American culture, emancipation and enduring hope.”

One TikTok user (@colechelle28) said in a video that she doesn’t know how she feels about the Juneteenth ice cream.

After his tweet received attention, several news outlets attributed the Juneteenth ice cream backlash to Woods, saying he was the initial critic. However, Wood denies being the face of the “anti-Juneteenth ice cream movement.” In a TikTok video, he says he was simply cracking jokes “like everybody else.”

“I crack one fucking tweet about some fucking slavery ice cream, and now I’m the Nat Turner of fucking snacks,” Woods said in the video. As part of the joke though, Woods has since changed his Twitter display name to “Snack Turner.”

“Now why am I in it?”- Linnethia Leakes

Some social media users are saying Walmart could have used the upcoming holiday as an opportunity to amplify a Black-owned business. Some pointed specifically to Creamalicious, a Black-owned ice cream brand already sold at Walmart.

“In all seriousness…… If you have seen the Juneteenth Ice Cream from Walmart, go ahead and grab some Creamalicious Red Velvet Cheesecake instead! Walmart could have used this opportunity to highlight this brand instead of making a cheap copycat for OUR Independence Day,” one user tweeted.

The Daily Dot reached out to Walmart via its media request form.